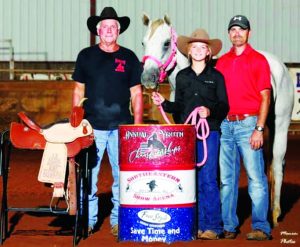 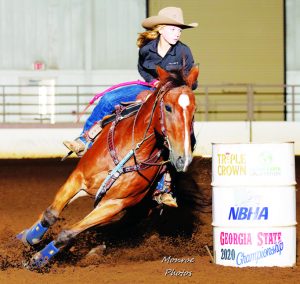 The Georgia NBHA State Championships were held Sept. 18-20 at the Georgia National Fairgrounds in Perry. Youth and teen competitors ran for the coveted Georgia Championship titles and for over $16k in cash and prizes. Brooklyn Parlor won the long go of the youth dominating over 240 riders on her horse Golden Lena Dash “Reckless.” She then finished the finals as the State of Georgia NBHA Youth Reserve Champion. Brooklyn is a rising star in the industry. Two weeks prior she was the South Eastern Arena Youth 3D and Reserve 4D Champion at a Youth World Championship show in Unadilla. Brooklyn is the 13-year-old daughter of Chris and Jenny Parlor of Hazlehurst.