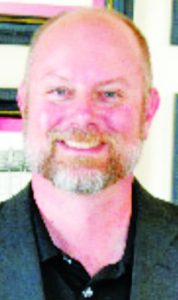 Illya Copeland, the executive director of the Industrial Authority of Murray County, was killed Friday in a single-vehicle motorcycle accident on Fort Mountain.
Copeland, who formerly served as executive director of the Joint Development Authority of Jeff Davis County, Hazlehurst and Denton, directed industrial development activities in Chatsworth and Murray County since 2017.
“He is going to be missed,” Murray County Commissioner Greg Hogan told The Chatsworth Times. “Illya did a lot of good things for Murray County.”
Copeland served with several other organizations, including the Chamber of Commerce where he volunteered to take on the role of director on an interim basis before the chamber board hired its current president and CEO.
“Illya tried to help everybody,” Hogan said. “He volunteered for about everything. He was a good guy.”