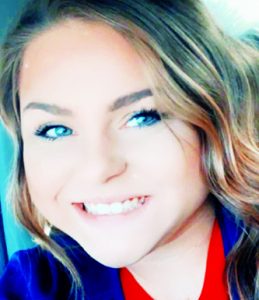 Jordan Kight, Captain of Investigations of the Toombs County Sheriff’s Office, released information on the two fatalities that occurred Oct. 1.
At approximately 8:09 a.m., the Toombs County Sheriff’s Office 911 Dispatch received a call from a representative with Life 360 (a smartphone app that utilizes GPS location tracking and alerts for various driving events, for example a crash) stating they had detected a crash and could not reach the person by phone. Moments later, 911 Dispatch received a second call from a bystander who stated two vehicles had collided in a head-on collision on Old River Road near Lewis Nail Road. Deputies arrived on the scene to find both Caitlyn Emily Banks (17) of 55 E. Jarman Street, Hazlehurst, and Gail Gaines Meyer (70) of 808A Old River Road, Uvalda, deceased.
Miss Banks was traveling east in a 2019 Kia Forte and Meyers was traveling west in a 2015 Toyota Yaris on Old River Road when the collision happened.
According to a report from the Georgia State Patrol’s Reidsville Post, for some unknown reason, the vehicle driven by Mrs. Meyers crossed the centerline and struck the vehicle driven by Miss Banks. The area of impact was approximately 1 ft. 4 in. over the centerline.
After the impact, Miss Banks’ car rotated approximately 90 degrees in the air and landed on the south shoulder of Old River Road facing south. Mrs. Meyers’ vehicle rotated approximately 180 degrees and came to rest in the north ditch, facing east. There was very little roadway evidence as far as tire marks.
Miss Banks was a student at Jeff Davis High School, was employed with Trinity Therapy Services in Hazlehurst, and attended Hazlehurst Church of God and Baxley Church of God.
Services were held this morning (Wednesday) at Hazlehurst Church of God with graveside services following at 4 p.m. in Wadley City Cemetery.
For more information, see the obituary pages.