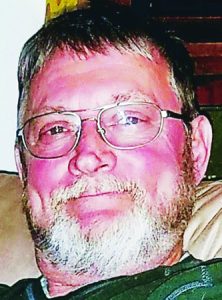 Services for Mr. Larry W. “Duffy” McDuffie passed peacefully, surrounded by his family, July 5 in Statesboro, his home for over five decades.
Duffy was a native of Hazlehurst, and graduated from Jeff Davis High School as an outstanding basketball player. After high school he moved to Statesboro where he worked for Wallace Wiggins Roofing for several years.
Duffy opened an Army surplus store, and then owned Duffy’s Woodcrafts, which led to many adventurous travels. His wife, Elaine, joined him in 1977 as they toured the national Art Festival Circuit including the Chicago Music Festival in 1980 and venues throughout the country. His unique idea to transform surplus ammunition crates into fabulous furniture and trunks of all sizes, paved the way for his success. In 1979 they opened a store called “Some Things” on campus at Georgia Southern where you could purchase his work locally. He was known far and wide for his craft and you will hear tales of many proud owners enjoying his pieces still today.
As their family grew, his career path changed from working with wood to metal. He was fascinated by his ability to construct fancy flashing for roof applications while working with Metalcraft, Inc. He then realized his natural talent for fabricating top quality duct work and quickly made a name for himself as one of the best in his trade. He was employed in this capacity by Mock Mechanical for 16 years until his retirement in 2017.
His interests involved something very close to his heart. He learned to read as an adult and it changed his life forever. In 1986 he was instrumental in developing the literacy program at Statesboro Regional Library which ran for 30 years. He served two years as a representative on the National Adult Literacy Congress. During this time, Duffy had the privilege of meeting with Barbara Bush on two occasions. Due to his volunteer work with adult and children’s literacy, he was the recipient of the Deen Day Smith Award in 2007.
Duffy was known to all as having a childlike heart that harbored no hate or bitterness, only pure love. His daily mantra was that every morning was an opportunity to start over— a new day! He was also a story teller, and frequently entertained others with amazing stories about his life.
Duffy was a devoted family man and cherished his wife, children and grandchildren who were always a part of his daily life. He was dearly loved and will be terribly missed.
Larry was preceded in death by his parents and is survived by his wife of 43 years, Elaine; sons, Isaac McDuffie (Crystal), Josh McDuffie (Melissa) and Shawn Corbett (Liz); grandchildren, Kailyn McDuffie, Kelsey McDuffie, Dylan McDuffie, Caroline McDuffie (expected in December), McKenney Corbett, Michael Corbett, and Grace Ann Corbett; sister, Betty Baucum (Roy); brothers Charles McDuffie (Marilyn), Tommy McDuffie and Gene McDuffie (Jane); several nieces and nephews.
Services were July 9 in the chapel at Joiner-Anderson. A private graveside service will be held later. His nieces and nephews served as honorary pallbearers.
Friends may sign the online register book at www.joineranderson.com.
Joiner-Anderson Funeral Home & Crematory of Statesboro was in charge.
To send flowers or a memorial gift to the family visit our www.joineranderson.com