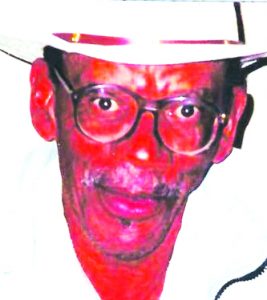 Mr. Andrew Kurtz, affectionately known as “Buck,” departed this life May 13.
He was born Oct. 16, 1938, to the late Rev. Isaiah Kurtz and Lula Mae Kurtz. He was resident of Hazlehurst.
He was employed by Amercord in Lumber City for many years. He was preceded in death by his parents; brothers Emmanuel Kurtz and Joseph Kurtz; sisters Inez Hall and Fairy Lee McCoy.
He is survived by children Cindy Kurtz of Atlanta, Wanda Kurtz of Hazlehurst, Jerome Kurtz of Hazlehurst, Larry Kurtz and Ricky Kurtz of Atlanta; a host of grandchildren and great-grandchildren; sisters and brothers Carolyn (Charles) Heyward of Charleston, S.C., Carrie (Lonell) Jones of Midway, Claude (Jerri) Kurtz of Atlanta, Otis Kurtz of Atlanta and Betty Hall of Miami, Fla.; and a host of cousins, nieces, and nephews.
His funeral was held on May 21 at St. Matthews AME Church, Hazlehurst.
Interment was in Wilcox-Hall Cemetery
King Brothers Funeral Home was in charge.