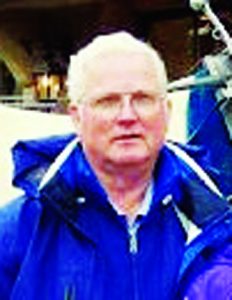 Mr. James Richard Hand, 84, of Palm Harbor, Fla., formerly of Hazlehurst, died March 15 at St. Mark Village.
Mr. Hand was born April 28, 1937, in Jeff Davis County, the third born son of Carlos Allan Hand and Gertrude Williams Hand. He is preceded in death by his parents, his wife, Marlene Joyce Creamer Hand, and his brother, Reginald Bruce Hand.
Mr. Hand and his brothers Carlos, Reginald, and Larry grew up working on the family farm in Hazlehurst, cultivating tobacco, cotton, vegetables, and prize-winning blueberries.
Richard loved to help people and never met a stranger. He was very outgoing at Jeff Davis High School. He served as class president, and worked on the newspaper and annual staff. He played saxophone and was active in the band. Richard served in the Air Force four years, even living in Greenland for a year.
He served the Central Georgia area through Oconee Cable Vision.
A man of all trades, he later owned Richard Hand Chevrolet-Oldsmobile in Hazlehurst. He and his wife moved to Amelia Island, where he retired as a real estate agent. He spent the years following the death of his wife traveling the United States in his RV.
He is a father to three daughters, Joy Bowen, Janet Gerard and Jeanne Lokey. He is celebrated as the “Best Granddaddy in the World” by Hunter and Maddison Lokey and Dane and Tyler Hand. He is a beloved brother to Carlos and Larry Hand and deeply loved by his extended family and close friend Emily Beecher.
Services were held March 18 in the chapel of Wainright-Parlor Funeral Home with the Rev. Patrick Owens officiating. Interment followed in Hazlehurst City Cemetery.
Honorary pallbearers were Terry Darley and Don Creamer.
Active pallbearers were Tony Rowell, Tim Rowell, Cole Rowell, Cody White, Jeff McCann and Eddie Tanton.
Wainright-Parlor Funeral Home was in charge.