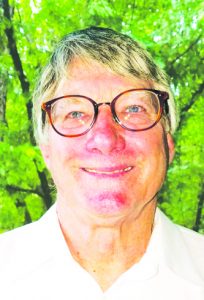 Wright Gres, a Democrat from Appling County, has qualified in Atlanta to run for Georgia’s
District 156 State House seat to represent the people of Toombs, Montgomery, Appling, and Jeff Davis counties.
A resident of Appling County for 25 years, Gres grew up in Tampa, Fla., and
graduated from the University of Florida. He’s worked in retail, owned and operated a rental store in St. Petersburg, and a full service advertising agency in Tampa. He was responsible for corporate identification and advertising for the five United Telecom operating telephone companies in Florida. During that time United Telecom purchased Sprint. He later made a life change, leaving the nine-to-five coat and tie world and spent a decade delivering sailboats and yachts, and working in the film production industry, before moving to Georgia.
His wife, Dusty Snipes Gres, grew up on the Florida east coast. Her parents are from Georgia – her father from Savannah, her mother from Glennville. In 1990 Dusty became director of the Ohoopee Regional Library System and the couple moved to Vidalia. They moved to Appling County in late 1996. They have one son and one granddaughter.
Wright Gres was Marine Coordinator on the Robert Altman-directed film, “The Gingerbread
Man,” shot in Savannah in 1999. He was a founding board member of the Altamaha Riverkeeper, and an active volunteer and member of the board of the Vidalia Habitat for Humanity for several years. He was a member of the Vidalia Kiwanis Club.
He is now retired after 16 years as a tugboat captain. He has written two popular adventure novels: “Macedonia Passage: Dangerous Cargo,” and the recently released “The Empty Grave.”