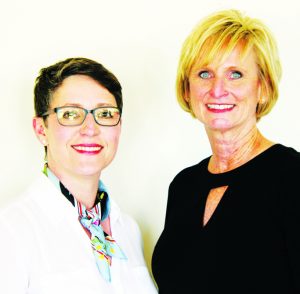 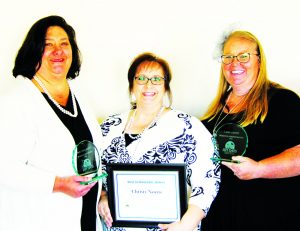 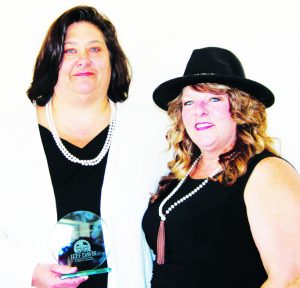 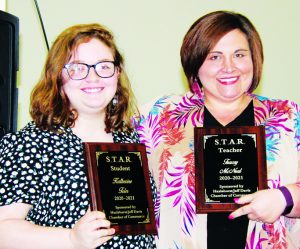 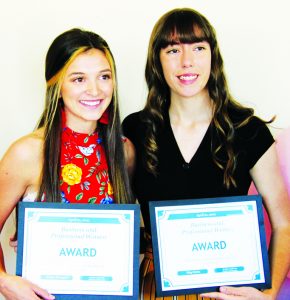 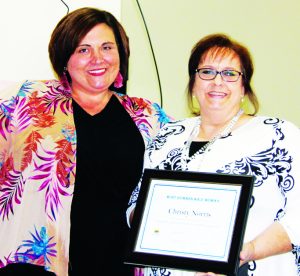 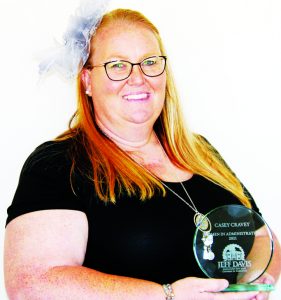 By
MARY ANN ANDERSON
Hazlehurst celebrated its women in business last Wednesday at the Hazlehurst-Jeff Davis County Chamber of Commerce’s annual event, Hats and Pearls: Lunch with the Girls.
Among those honored at the event, held at Hazlehurst Civic Center, were Tracy McClendon of the Bank of Hazlehurst for the Women in Leadership award, presented by Eric Smith of Georgia Power and Hazlehurst Rotary Club. Casey Cravey of Hazlehurst Housing Authority won the Women in Administration award, presented by Shannon Deen Kight, executive director of Hazlehurst Housing Authority.
Smith said as he presented the award to McClendon that she is an “an amazing leader at work, at home and in our community” and who has an “instinct for making wise decisions.”
Cravey, who said in accepting her award that she was “completely speechless,” was touted by Kight as being the “employee that all employers would love to have,” and also said that she is “loved and respected by her coworkers and customers.”
Hazlehurst’s Most Remarkable Woman award, a new category for this year, was captured by Christy Norris, who teaches in the Jeff Davis County School System. Tracey McNeal, also a teacher with the School System, presided over that section of the ceremony, saying that Norris is “well deserving” and a “truly remarkable woman who shows love and compassion to everyone.”
During the ceremony Isabella Sinquefield and Riley Mathis were awarded Business and Professional Women (BPW) scholarships by Sabrina Smith of McPherson Manufacturing. Katherine Toler was named STAR Student with Tracey McNeal named STAR Teacher, awards that were given by Landon Chavis of the Flower Gallery and Hazlehurst Rotary Club.
Guest speaker was Vickie Bateman of Bateman Realty. She was introduced by Deborah Rowland, also of Bateman Realty.
Grace Gibbs gave the welcome, and Stephanie Roberts gave the invocation. Lunch was catered by Lisa’s Kitchen of Hazlehurst, with the meal served by the gentlemen of the Hazlehurst Rotary Club.
Chamber President Sonya Miller adjourned the event that in the past was Secretary’s Day and then Administrative Professionals Day before shifting to honor all women in business. 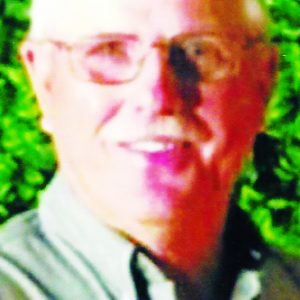