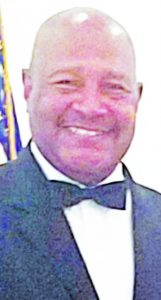 Glenn Harris Sr. has announced his candidacy for Probate Judge of Jeff Davis County.
A lifelong resident of Hazlehurst, Harris attended Hazlehurst Elementary school and graduated from Hazlehurst High School. Upon graduating, he enlisted in the U.S. Army, devoting 28 years to protecting our country, our freedom, and the American Dream.  After retirement from the military and with a Bachelor of Science degree, he continued a life of service to others with the Georgia Department of Corrections retiring after 18 years.
Glenn is a member of Saint James A.M.E. Church, vice-president of Community League, currently sits on the board of Jeff Davis Hospital, and an active member of Jeff Davis County Veterans Association and has four children.
As a candidate for Probate Judge, Glenn makes and will keep only two promises: 1. He will decide cases fairly and impartially, free of political influence or intimidation. 2. He will follow the law, including the U.S. Constitution and the Georgia Constitution, as well as federal and state statutes, regardless of his own personal views or those of other citizens.