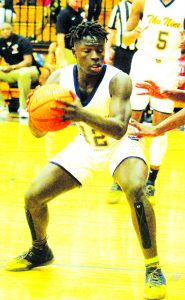 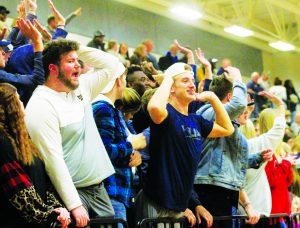 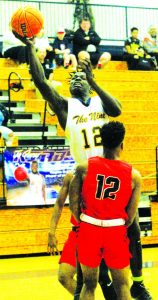 Jeff Davis High’s boys ran their win streak to six last week with a trio of victories giving them a 16-5 record.
Five of those wins were against Region 2-AA foes as Coach Bo Boatright’s Jackets improved to 9-1 in the region, tied for first place with Swainsboro. The Jackets and the Tigers, 20-2 overall, play this Friday night in Swainsboro.
The Jackets’ three wins came over Toombs County 58-57, Metter 79-53 and Bryan County 80-25.
The Toombs score was a shocker as the Bulldogs came into the game with only four wins and were supposed to be easy victims of the Jackets. But JD found itself on the short end of a 42-39 score entering the fourth quarter. That’s when the Jackets battled back to take the come-from-behind win.
Ja’Queze Kirby led the Jacket scoring with 21 points. Ti King had nine, C.J. Parker seven, Mike Dotson and Brandon Sturgis six each, Bran Swain four, T.J. McMillan three and Tre Chandler two.
D. McKinney topped Toombs with 19, D. Jones had 18 and J. Mann 14.
The first half against Metter was close as Jeff Davis led only 29-26 at intermission.
But in the third quarter, Kirby scored 18 points on his own as the Jackets took a 30-9 advantage in the quarter and then coasted to victory.
Kirby, who was held to only one field goal in the first half, finished with 30 points, 24 in the second half. Parker had 16, King 13, Chandler and Dotson six each, Sturgis four, Chase Poppell two, and McMillian and Aahiyus Allen both hit a free throw.
Lane Young topped Metter with 13 and Tay Hobbs had 11.
Winless Bryan County put up little resistance against the Jackets and didn’t score in the first quarter until late when a Redskin hit a 3-point shot from the corner. After a 23-3 first quarter advantage, Boatright began substituting heavily but still, led by Chandler, the lead stretched to 49-7 by halftime and the outcome of the game was already determined.
Parker had 14 points, King and Chandler 12 each, Kirby 11 and Sturgis 10 as five Jackets hit in double figures. Carson Galbreath and Dotson had seven, Swain five, and Allen two.
Jordan Flannel had nine for Bryan.
Score by quarters:
JDHS 14 11 14 19 -58
TCHS 16 8 18 15 -57