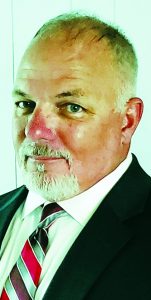 Rickey Phillips has announced he will seek the office of Hazlehurst Ward 4 City Council in the upcoming November election.
Phillips is married to Letitia Phillips and has four children. He has lived in Hazlehurst since 1998. He served in the United States Marine Corp for eight years, and is a combat veteran from Desert Storm. Currently Phillips is employed with Hazlehurst Wood Pellets, LLC as the Plant Manager. He is also an active member of Combat Veterans Motorcycle Association.
In making his announcement, Phillips said “In running for this office, my number one concern will always be the taxpayers of Hazlehurst and what is best for them. I believe with my leadership skills, I have what it takes to help get Hazlehurst to the next level. I served for you, now let me stand with you as YOUR voice!”