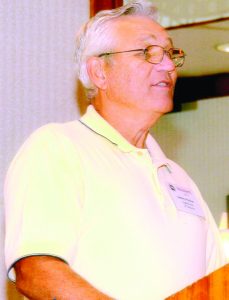 The Jeff Davis County Veterans Association will honor veterans at the annual Veterans Day ceremony Saturday, November 10, at 11 a.m., at Veterans Square Park on Tallahassee Street. The public is encouraged to attend the ceremony, which in part celebrates the 100th anniversary of the end of World War I.
The ceremony is held at 11 a.m., which commemorates the 11th hour of the 11th day of the 11th month. World War I ended Nov. 11, 1918, and Veterans Day, formerly known as Armistice Day, is a day set aside to honor veterans from wartime and peacetime and either living or dead.
“While Veterans Day is November 11, it falls on a Sunday this year,” says Roy Anderson, president of the Veterans Association. “We’re holding our ceremony this Saturday as not to conflict with local church services.”
Jimmy L. Parker, a pastor who also served as chaplain of the Georgia Rural Letter Carriers Association for 15 years, will be this year’s guest speaker. He was in the U.S. Air Force four years, eventually serving in Vietnam from August of 1968 until August of 1969 while stationed at Da Nang Air Base.
Parker is retired from the U.S. Postal Service where he was a rural letter carrier. He is a graduate of Cook County High School in Adel and also earned an associate’s degree in agriculture from Abraham Baldwin Agricultural College in Tifton. He is married and has one son and two daughters.
The Veterans Association will also recognize all Persian Gulf veterans in a special observance.
Says Anderson, “If you served during the Persian Gulf era (1990-91) and received the Persian Gulf ribbon, please attend Saturday’s ceremonies and be recognized.”
During Saturday’s events, which includes selections of patriotic music, the names of veterans recently inscribed on the park’s monument will be read.
For additional information, call Anderson at 912-375-5361. 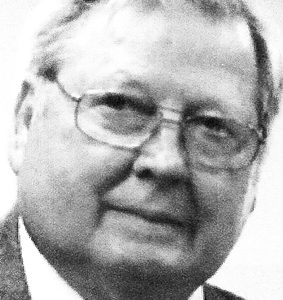