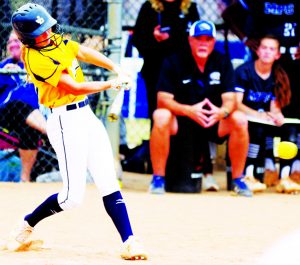 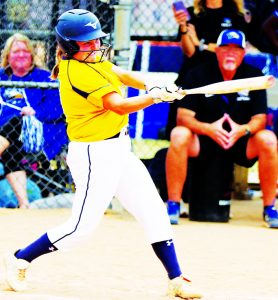 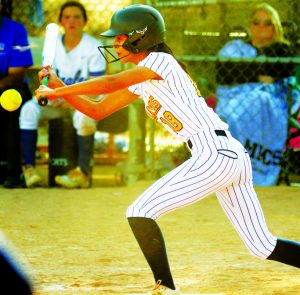 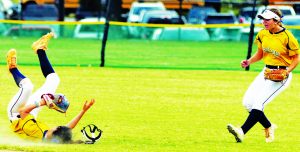 Jaci Underwood slides into base

Jaci Underwood tags out a runner 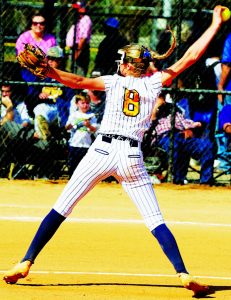 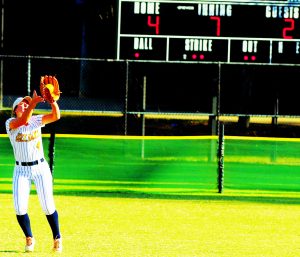 Bentlee Metts catches fly for the final out 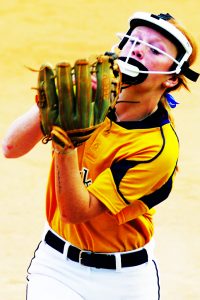 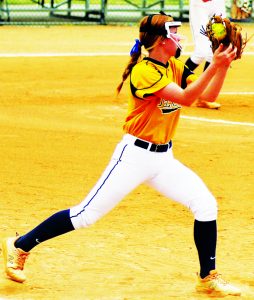 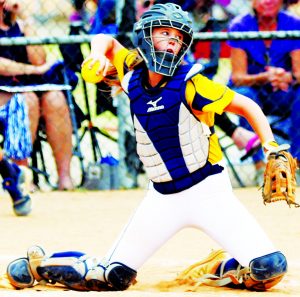 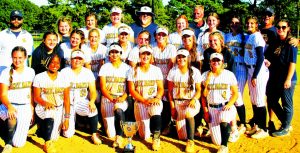 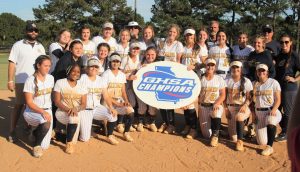 94-year-old Ed Wilson is a huge fan of high school sports and there is hardly a Yellow Jacket home softball or baseball game where he’s not in attendance, most times along with his wife Sue. While most of the games he attends are in Hazlehurst, when his beloved Lady Jacket softball team traveled to Columbus for the State Tournament Finals last week, he wasn’t about to stay home and miss it. So he was there for every exciting minute and celebrated the JDHS state championship, cementing his standing as the Lady Jackets’ biggest fan. Above, front and center, he holds the championship trophy on his knee as he poses for a photo with his favorite team in Columbus. Photo by Rebecca Underwood. 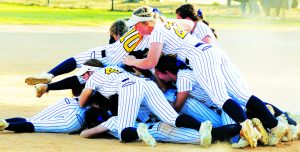 Jeff Davis High School’s softball team swept through the Georgia High School Association State Tournament last week without a loss to win the 2022 State Championship.
The Lady Jackets of Coach Steven Wilcox, who finished the season with a 34-1 record, played with nerves of steel during the tournament, taking four tight contests led by senior pitcher Kelsey Parlor. Parlor pitched all 28 tournament innings in Columbus, giving up only one earned run in four games against the best Class AA teams in the state.
And the rock solid Lady Jacket defense gave Parlor strong support, committing only two errors in the four games. By comparison, JD’s tournament opponents, each of whom fielded strong defenses as well, committed six errors in four games. The impact the Jeff Davis defense had on the championship cannot be overstated as they came up with outstanding play after outstanding play.
In the opening game against Eagles Landing Christian Academy, Parlor gave up the only earned run scored against Jeff Davis in a 5-hit, eight strikeout performance as Jeff Davis won 3-2.
In the second round against Appling County, Parlor threw a 2-hit shutout, striking out 10 Lady Pirates.
In the winners bracket finals against Mount Paran Christian Academy of Kennesaw, the Lady Jackets won 3-0 as Parlor pitched another 2-hitter, fanning nine batters.
And in the finals, again against Mount Paran, the Lady Jackets won 4-2 as Parlor gave up four hits, struck out five and both Lady Eagle runs were unearned.
Batting against some of the top pitchers in the state, the Lady Jackets out-hit their opponents 25-13.
As she has done all season long, Jaci Underwood paced the Lady Jacket offense as she had six hits in the tournament including two doubles and a triple, and drove in three runs.
Analese Poole, whose batting steadily improved throughout the season, blossomed in the state tournament with four hits including her first career home run, and drove in three runs.
Leadoff hitter Jenna Miles had a single, a double and a triple. And at the bottom of the batting lineup, Laisha Hernandez singled three times and stole three bases.
First baseman Ella Wood had a pair of singles, an rbi, a sacrifice fly and three stolen bases.
Maeleigh Burns had a trio of singles and an RBI, Payton Thigpen and Bentlee Metts both had a single and an RBI, Cori Mims singled and laid down two sacrifice bunts that led to runs, Kira Buford had a pinch hit single, and pinch runners Alera Vann and Ryleigh Sellers had two and one stolen bases respectively.
Jeff Davis never trailed in any of the four games although Eagles Landing managed to tie the opener 2-2 in the top of the fourth inning. But in the bottom of the inning, JD took the lead for good as Poole singled, went to second on a Mims sac bunt, took third on Buford’s pinch hit ground out, and scored on a Metts single.
In the fifth inning of the game, the Lady Chargers got a lead-off single but Jacket catcher Poole threw out the runner on a steal attempt, saving a run as the next ELCA batter doubled.
In the final inning ELCA got the tying run on third with two outs but Parlor struck out the final batter on three pitches.
The Appling County game was close until the sixth inning as Jeff Davis led 1-0 after five as Miles led off the bottom of the first with a triple and scored on Wood’s sacrifice fly.
In the sixth, the Lady Jackets got two unearned runs on back-to-back Lady Pirate errors. Poole then stepped to the plate and slapped the ball over the left field fence on a 3-2 count for a 2-run homer and a 5-0 lead.
In the first game against Mount Paran, Poole led off the second with a single, took second on a Mims sacrifice bunt, and scored on a Thigpen single.
In the third, Burns singled to drive in an unearned run to make it 2-0.
And JD closed out the scoring in the fourth, as Metts scored all the way from first on a Hernandez single and a Mount Paran error.
In the final game, Jeff Davis got a pair of unearned runs in the first inning as Underwood and Burns drove in runs.
The Lady Jackets led only 2-0 entering the bottom of the fifth inning when they got two huge insurance runs that turned out to be the difference in the game. Wood started things with a 1-out single and scored on Underwood’s triple. With two outs, Poole singled to drive in Underwood for a 4-0 Lady Jacket lead.
In the final inning, Mount Paran got a runner to third with two outs and Parlor got the next batter to fly out to Metts in center field to sew up the championship. And the celebration began amidst the cheers from a large contingent of Jeff Davis fans who made the trip to Columbus for the tournament.
Score by innings:
ELCA 0 0 0 2 0 0 0 -2
JDHS 1 0 1 1 0 0 x -3 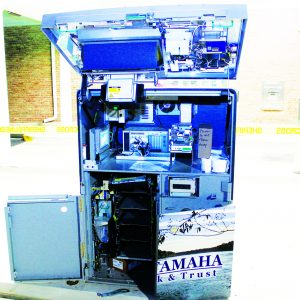 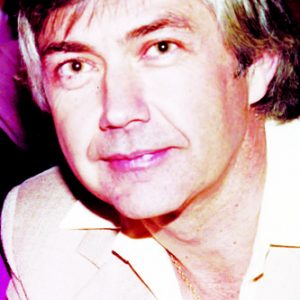