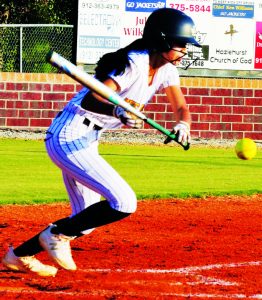 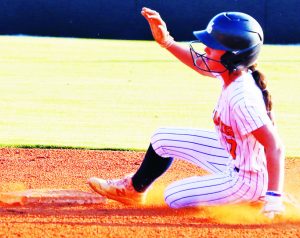 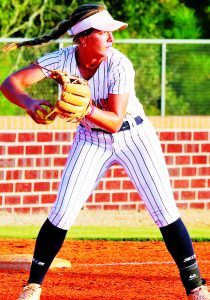 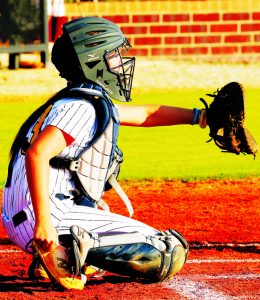 Jeff Davis High got its sixth and seventh straight shutout and its tenth in 18 games as the Lady Jackets improved to 17-1 with a 10-0 win over Vidalia last Wednesday in Hazlehurst and a 15-0 win over Fitzgerald Monday in Fitzgerald.
Against Vidalia, senior Kelsey Parlor pitched a 1-hit shutout, her sixth shutout of the season, and in Fitzgerald she threw a 3-hit shutout, her seventh of the year.
Her seven strikeouts against Vidalia and eight Ks against Fitzgerald give Parlor 114 strikeouts in just 76 1/3 innings on the mound this season. She has given up just six earned runs this season.
Against Vidalia, the Lady Jackets got started in a hurry with three runs in the bottom of the first inning. Jenna Miles singled to lead off the first, Ella Wood reached on an error and Jaci Underwood walked to load the bases. With one out, Analese Poole doubled to center to drive in two runs. Cori Mims then grounded out to score another run.
After a scoreless second, JD added three more in the third.
Burns and Poole got 1-out singles and Mims walked to load the bases. Metts plated two runs with a single and Laisha Hernandez reached on an error as another run scored to up the score to 6-0.
In the fourth, Wood was safe on an error, Underwood doubled and Burns followed with a 2-run double to make it 8-0. Mims drove in a run with a single and Peyton Thigpen drove in the 10th run with a ground out.
Parlor allowed only three baserunners, one on an error, one on a walk and another on the only Vidalia hit, a double.
Poole and Burns led the hitting with a single, a double and two RBI each. Underwood doubled, Metts and Mims both had a single and two RBI, Hernandez and Miles both singled, and Thigpen got an RBI.
In Monday’s game, Underwood’s triple and a Burns single got JD up 1-0 in the first.
The Lady Jackets sealed the win in the second with 11 runs. Sixteen batters went to the plate in the inning, with Jeff Davis collecting 10 hits — five singles and five doubles. Wood had two doubles and Hernandez had a single and a double to lead the second inning hitting.
In the fourth inning, Claire Stinson got a 2-run single and Thigpen drove in a run to up the total to 15-0.
Wood, with two doubles and four RBI, led the Lady Jackets’ 17-hit attack. Hernandez had a single, a double and three RBI, Poole had a single, a double and an RBI, Underwood had a single and a triple, Addison Brewer had a pair of singles, Burns singled twice and drove in a run, Stinson had a 2-run single, Miles doubled and drove in a run, Jacie Jones singled and drove in a run, Ryleigh Sellers and Alera Vann both singled, and Thigpen picked up an RBI.
Parlor did not give up a free pass during the game.
Score by innings:
VHS 0 0 0 0 0 – 0
JDHS 3 0 3 4 x -10