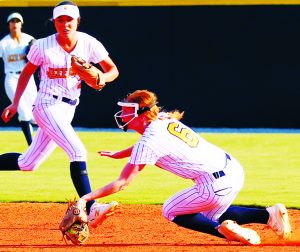 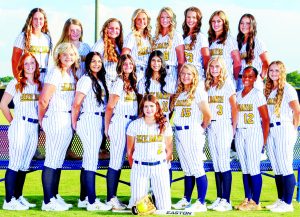 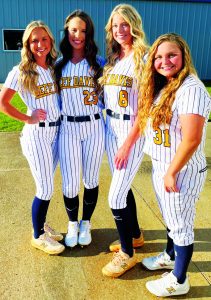 Jeff Davis High’s softball team opened the 2022 season last Tuesday with a 3-1 win over Coffee High in Hazlehurst.
The two teams entered the fifth inning tied 1-1 when the Lady Jackets scored twice to take the lead and then held on to win.
Ella Wood got things started in the fifth with a 1-out single. She stole second and scored on a Jaci Underwood double to put JD on top 2-1. Maeleigh Burns then reached on an error and Analese Poole came back from an 0-2 count to get a walk to load the bases. Kira Buford then hit a long sacrifice fly to left to drive in Underwood making it 3-1.
Starting pitcher Kelsey Parlor then sat down the Lady Trojans in order in both the sixth and seventh innings to preserve the win. She struck out the side in the seventh.
Jeff Davis got on the board first in the bottom of the second as Buford and Peyton Thigpen got back-to-back one out singles. An out later, Laisa Hernandez laid down a bunt single to load the bases. Jenna Miles then drew a walk on a 3-2 count to drive in the first run of the season.
Coffee tied the game in third with a double and a pair of singles.
Buford had a pair of singles, a sacrifice fly and an RBI, Underwood had a double and an RBI, Wood, Thigpen and Hernandez each singled, and Miles collected an RBI.
Parlor threw a 5-hitter. She did not give up a free pass and struck out 10 Lady Trojans.
Score by innings:
CHS 0 0 1 0 0 0 0 -1
JDHS 0 1 0 0 2 0 x -3