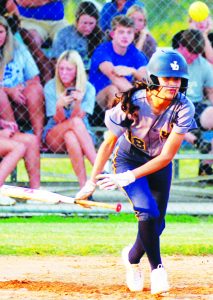 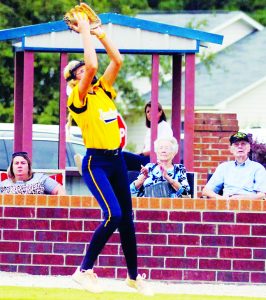 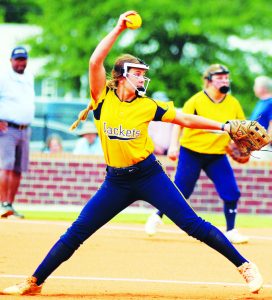 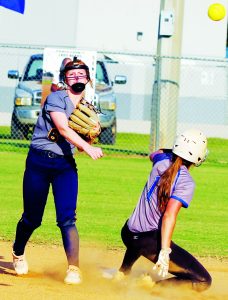 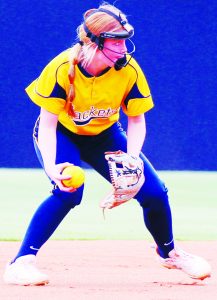 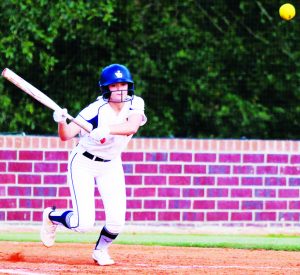 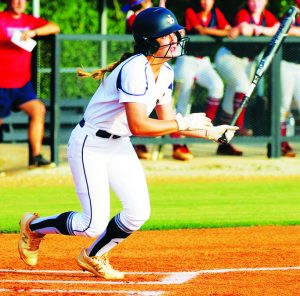 Jeff Davis High took a pair of Region 2-AA wins over the last week to up their record in the region to 6-1 and 14-2 overall. The Lady Jackets topped Toombs County 7-2 last Tuesday in Hazlehurst and defeated Swainsboro 9-1 Wednesday in Hazlehurst.
JD jumped on Toombs in a hurry with a 3-run first inning after the top of the first ended with Payton Thigpen fielded a fly ball in right and doubled up the runner at first.
After a pair of quick outs, Jaci Underwood got the first started with a double. She went to second on Maeleigh Burns’ single and Analese Poole walked to load the bases. Kalleigh Sellers followed with a bases clearing double to put Jeff Davis up 3-0.
Toombs made it close in the third with a pair of runs.
The 3-2 score held until the bottom of the fifth when Ella Wood and Underwood opened the inning with singles and they advanced to 2nd and 3rd on the throw. Burns then flied out to center to score Wood and advance Underwood to third. A wild pitch got Underwood across the plate, making it 5-2. Sellers followed with a single and Alicia Lilliott doubled to score pinch runner Kira Buford to up the tally to 6-2. A Bentlee Metts single made it 7-2.
The Lady Jackets banged out 10 hits, led by Underwood with a double and two singles. Sellers had a single, a double and three RBI, Lilliott doubled in a run, Metts and Burns both singled and drove in a run, and Wood and Laisha Hernandez added singles.
Kelsey Parlor went the distance on the mound. Giving up two runs on six hits, walking none and striking out nine, including striking out the side in the seventh inning.
Against Swainsboro, the Lady Jackets built a 6-0 lead before the Lady Tigers scored their lone run in the top of the sixth. JD got three runs in the bottom of the inning to end the game via the run rule.
Jeff Davis got an unearned run in the first on a run-scoring single by Burns.
They added three runs on a 2-out rally in the second. Hernandez started things with a single, Jenna Miles doubled to score Hernandez, Wood then tripled to push Miles across the plate, and Wood scored as Underwood reached first on an error to make it 4-0.
JD got two more unearned runs in the fourth as Metts reached on an error and, with two outs, Wood singled to score Metts. Underwood then tripled to score Wood and up the score to 6-0.
The Lady Tigers got their unearned run in the top of the sixth.
Miles started the bottom of the inning with a triple and scored as Wood singled. Underwood then hit a run-scoring double and went to third on a Burns single. Parlor then hit a fly ball to left which was dropped, allowing Underwood to score and end the game.
Wood led the offense with two singles, a triple and three RBI. Underwood and Miles both had a double and a triple with Underwood driving in two runs and Miles one. Burns had two singles and an RBI, and Parlor and Hernandez both singled.
Underwood started on the mound and went four innings. She blanked the Lady Tigers on one hit, walked two and struck out one. Burns pitched the final two innings, giving up the unearned run on no hits, two walks and a strike out.
Score by innings:
TCHS 0 0 2 0 0 0 0 -2
JDHS 3 0 0 0 4 0 x -7