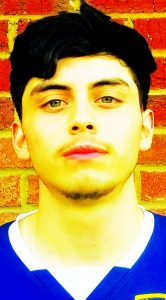 The soccer Jackets played East Laurens after playing some tough region games against Bacon and Vidalia. It was the start of the 2nd round of matches against the region teams.
The first match resulted in a 7-0 win for the Jackets against East Laurens. The Jackets gave a big press that would end in the first shot. The Jackets continued this formula until the 3rd minute when the they gained possession of the ball to start a counter attack. The ball ended up in senior Darian Cortez’s feet, where he took a great shot from outside the 18 for a super goal.
East Lauren’s responded with unlucky shots that did not much of a problem against the Jacket’s keeper. The Jackets continued their press up high to win possession of the ball. Pablo Tapia extended the lead to 2-0 in the 10th minute, making a nice run where he cut past two defenders and took a ground shot to beat the keeper. Pablo put another one on the scoreboard after an excellent solo run and a great assist by Justin Aguire.
In the 16th minute Pablo returned the favor to Justin and assist him with a great through ball that all Justin had to do was dribble in and shoot.
A minute passed and Darian added another to the scoreboard after a great ground shot outside the 18.
In the 19th minute, the riot continued with Cortez scoring another goal with another assist from Aguirre. Darian received the ball and repeated the formula of a ground shot the keeper would not be able to react to.
Darian finished off the night with a Poker of goals after a cross from Tapia. That sealed the night for the Jacket’s striker who was subbed after a great performance.
Aguire scored in the 39th minute to make it 8-0 with a simple shot. The first half was cut short after the ref called it with 20 minutes left.
The second half started with the same intensity. The Jackets dominated possession and played most of the rest of the game in East Laurens’s half of the field. They finally got their 9th goal in the 47th minute. Oscar Marquez settled a lob pass that he dribbled into the goal and shot. East Laurens scored a penalty kick after a defensive mistake from the Jackets.
After a long road of region matches, the Jackets played a non-region match March 16 against one of the toughest teams they have played, Appling. The first match ended in a draw 4-4. It took the Jackets time to get into the game. They were playing great defensively, but offensively they were struggling. The Jackets let on into the back of the net after a spectacular scissor kick from Appling midfielder.
The Jackets were able to slowly start getting back into the game. Cortez was close to scoring an impressive free kick that went right over the crossbar. The Jackets continued to move up with the ball which would finally be successful. In the 29th minute, Aguirre and Tapia combined for a wonderful 1-2 wall pass that broke the Appling defense. Pablo sent the ball into the back of the net with a great finish to level the game 1-1. The half would end in a draw.
At the start of the 2nd half, both teams tried to win possession of the ball with both pushing up and pressing the other in their own half. Appling players became tired and the Jackets took advantage. They started dominating the possession and played most of the game in Appling’s half of the field. Cortez hit the post with a shot. The boys had a corner kick that just passed through the 6th with no one to put into the back of the net. The Jackets were creating goal scoring opportunities, but not able to score. Appling had opportunity to score after being awarded a penalty kick. The Appling striker blew the ball over and missed. Appling got another shot that was saved by keeper Audiel Plascencia.
Both teams were not able to score again and the Jackets added another tie to their record.
March 19 the Jackets faced Swainsboro at home. The Jackets won 8-0 with a great performance from Darian who assisted three goals and Tapia who scored four goals. Aguirre contributed with two goals. Fernando Vega scored a spectacular goal for the highlight of the night. Rony Martinez scored the last goal that sealed the win.
Upcoming games
-Wednesday home against Statesboro (JV)
-Thursday home against Vidalia (Senior night)
Player of the Week: Darian Cortez with four goals against East Laurens and three assists against Swainsboro.