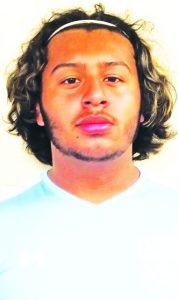 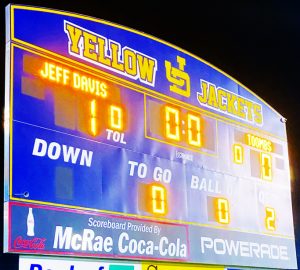 With their game cancelled against Vidalia, the clash between the Boys Jackets soccer team and the Toombs Bulldogs had been long awaited. The Jackets were not only eager to play but were looking for a big win at home to make a big statement in the region. Both teams were undefeated in the region so whoever won would take control of the top spot.
The Jackets and the Bulldogs started the game at a very fast pace. The Jackets looked like they would gain control of ball possession and tempo, but that was not the case. The Bulldogs stepped up and gained control of the ball the first few minutes. The Bulldogs had a dangerous throw-in that senior keeper Audiel Plascencia was able to control. Then, they had a break on the left side and a shot that went over the goal.
Toombs had one more chance that was contained by the Jacket defense.
It seemed like the Jackets would have a tough night, but this would change quickly. After the tenth minute, the Jackets settled in and started playing their game. They quickly gained two corners that were effective, but gave the Jackets a moral boost.
The Jackets gained control of the game and slowly started to set the tone. Darian Cortez had a shot at the 19th minute that the goalie savez. This was a warning by the senior striker.
In the 28th minute Toombs’s keeper made a big mistake by playing a bad pass that ended up in Fernando Vega’s feet. He took a great shot from a little past half field but Toombs’ defense made a great on the line save. This continued throughout the first half.
Starting the 2nd half, the Jackets continued to dominate the ball but were not be able to create an opportunity to score. The Jackets continued to play with great intensity and construct goal scoring plays but missed the last pass or last run of a play.
Audiel Plascencia made a great save in the middle of the 2nd half.
In the 64th minute Plascencia made another save. He took a goal kick that passed over the head of a Toombs’ defender which Cortez received. Darian buried the ball in the back of the net which paved the road to an important win. Placencia making another great save that prevented the game from going into overtime.
The Jackets hosted Bleckley last Tuesday in a region game, and were on the road Thursday and Wednesday and Thursday for region games against Vidalia and East Laurens.
Player of the Week was Audiel Plascensia with great show of leadership and character during the Toombs game. Also, he made theee great saves against Toombs.