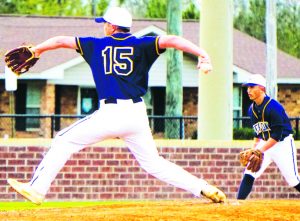 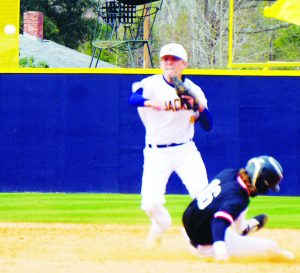 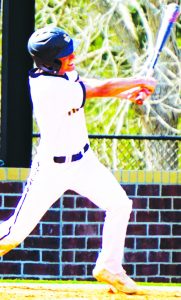 A pair of strong Region 5-AA baseball teams ventured into Region 2-AA territory last week and lost three of four games to 2-AA powers Jeff Davis and Vidalia.
Heard County and Callaway, both ranked in the Class AA Top Ten, found the going rough in Hazlehurst and Vidalia, whose teams are also in the Top Ten, as Heard lost 7-4 to Jeff Davis and 3-0 to Vidalia, and Callaway split its two games, falling 4-1 to Vidalia and edging Jeff Davis 3-2.
In Friday’s game played in Hazlehurst, the Yellow Jacket bats came alive with an 11-hit attack to top Heard 7-4.
The Jackets took a 3-0 lead through two innings via a Cason Clance single, a run scoring triple by Matt Glass, an RBI ground out by Hamp Hayes, and a Trenton Clance double and an RBI single by Cade Walters.
A 4-run third gave the visiting Braves a 4-3 lead but the Jackets bounced back, scoring two in the fourth and two more in the fifth.
Ethan Hulett led off the fourth with a double and scored on Walters’ second RBI single. Walters stole two bases on a single passed ball and scored on a Cason Clance single.
In the fifth, a pair of walks, a passed ball, and Walters’ third RBI single accounted for the Jackets’ final two runs.
Walters topped the offense with three singles and three RBI, Glass had a triple, two singles and an RBI, Cason Clance singled and had an RBI, Hulett and Trenton Clance both doubled, Cam Williams singled and Hayes had an RBI.
Matthew White started on the mound and went 5 1/3 innings to take the win, giving up two earned runs on six hits, walking none, hitting two, and striking out nine. Alex Mason earned a save with 1 2/3 innings on the mound, blanking Heard on one hit, no walks and three strikeouts. White helped himself out in the first inning after giving up a lead-off single as he caught a popped up bunt attempt and threw to Hayes at first to double up the runner.
Saturday’s Callaway game turned out to be a pitchers duel as the Jackets’ Cole Baucom and Callaway’s Tucker Strickland both went the distance on the mound. Baucom had five 3-up-3-down innings and Strickland had four.
While the Jackets had 11 hits on Friday, they could manage only three hits against the Cavaliers.
Both teams scored single runs in the first, with the Jackets’ run coming as Walters led off with a double, went to third on a Hulett sacrifice bunt, and scored on Hayes’ fielder’s choice.
A pair of unearned runs in the second game Callaway a 3-1 lead.
The Jackets’ other run came in the sixth as Walters led off with a double, went to third on a Hulett bunt single, and scored on a Glass sacrifice fly.
The Jacket defense had a pair of double plays.
Baucom gave up only one earned run on seven hits, a walk and six strikeouts. Sixty-six of his 88 pitches were strikes and he threw first pitch strikes to 22 of the 26 batters he faced.
Score by innings:
HCHS 0 0 4 0 0 0 0 -4
JDHS 2 1 0 2 2 0 x -7