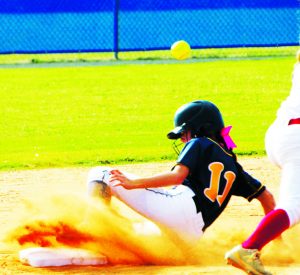 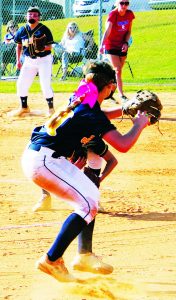 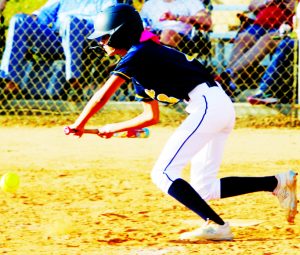 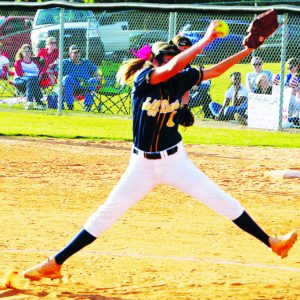 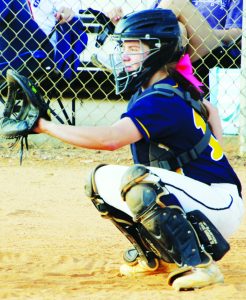 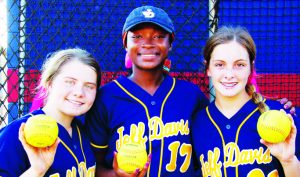 Jeff Davis High School pitching allowed only three hits over two games as the Lady Jackets swept Oglethorpe County 8-0, 8-0, in the second round of the state playoffs.
Senior Kesleigh Poe pitched a three hitter over 6 2/3 innings in the opener and Sophomore Kelsey Parlor threw a no-hitter in the nightcap.
The games were played in Lexington and the wins propelled the Lady Jackets into a third round matchup with The Lovett School Tuesday (yesterday) in Atlanta. With last week’s wins JD improved to 27-6 for the season.
Tia Cornish and Kalleigh Sellers led Jeff Davis in the opener with three hits apiece. Sellers had a double, homer, and a single and drove in two runs, Cornish had a homer, two singles, and three RBI. Jaci Underwood homered and singled and drove in two runs, Jenna Miles had a double and a single, Bianca Torres singled in a run and Laisha Hernandez added a single.
Poe walked four, hit one and struck out two. Parlor got the final out in five pitches.
The Lady Jacket defense turned two double plays. In the fourth, Oglethorpe got their first two batters on base with a single and a double but the next batter popped to Miles at second who threw to Malleigh Burns at first to double up the runner.
In the seventh Oglethorpe’s lead off hitter reached on an error, and the next batter hit a grounder to Underwood at third who relayed to Miles at second who threw to Annalese Poole at first for the double play.
In the nightcap, Parlor allowed only three baserunners with two walks and a hit batter.
Miles topped the offense with a single, double, and triple and three RBI. Cornish had her second homer in as many games, this one a two-run shot, Burns doubled in a run, Underwood had a single, sacrifice and two RBI, Paige Carter singled twice, and Sellers and Torres each singled.
Parlor struck out one, and the Lady Jacket defense played without an error.
Score by innings:
JDHS    1    0    1    0    0    3    3    -8
OCHS    0    0    0    0    0    0    0    -0