The Yellow Jacket Cross Country teams hosted a four team relay race at the Towns Bluff Heritage Center. Teams included Jeff Davis MS/HS, Toombs County MS/HS, Telfair County MS/HS, and Fitzgerald HS/BenHill MS.
The traditional cross country race had to be changed after Monday night storms left parts of the trail underwater and unsafe to run. The coaching staff made some quick changes Tuesday to find a section of the trail to accommodate the relay style meet that they needed changed too.
The teams were split in groups of four to five runners in three divisions: All Boys, All Girls, and Coed. The race consisted of 90 minutes of continuous relay running on an 800m loop with the groups that completed the most loops in the allotted time as the winners.
In the middle school races the Jeff Davis squads swept all three divisions. The JDMS boys team of Gael Valora, Peyton Parlor, Josue Avila, Jovani Barragan, and Konner Munsayac outdistanced the next closest team by three loops.
The JDMS girls group of Ellie Kate Marchant, Lily Relihan, Chelsea Morales, Rebeca Lopez, and Valeria Valencia was just as dominant, also winning by three loops.
The Coed race was closer as two Jeff Davis teams battled for the first place position. The team of Presley Cox, Jacie Campbell, Leslie Huerta, Avery Haley, and Valeria Valencia ran a total of 23 loops, bettering the other JDMS team of Marley Powell, Laysie Lewis, Christian Dunn, Will Morris, and Bryan Hulett by one loop.
In the high school races the Yellow Jacket teams were just as dominant. The JDHS girls team of Zoie Marchant, Alex Uribe, Hailey Beach, Joselyn Avila, and Flor Rangel had the largest win of the day running four loops more than the second place Toombs County girls. The Coed high school race was also close as two Jeff Davis squads battled for the top spot. Ultimately the team of Dulce Rubio, Shelby Moore, Levi Manning, Quintin Green, and Marquez Patterson pulled away in the final minute to defeat the other JD team by one loop.
The HS boys division was the only division that a Jeff Davis team did not win outright. As the boys team had another scheduled race on Saturday, Coach Dusty Allen chose a more conservative grouping with his teams to save the boys legs for the Saturday race. However, even with this conservative approach the JDHS boys team of Louis Lopez, Briley Reyes, Kevin Vega, and D.J. Ryals tied for first with the Fitzgerald boys team running a total of 29 loops.
This week the middle school teams will be in action in Brooklet at the Frazier-Hite Invitational hosted by Southeast Bulloch and the high school teams will see action at the Jekyll Island Invitational Saturday.
The cross country teams thank the staff at the Heritage Center for their help in preparing for the meet, as well as, the assistance they provided meet day. 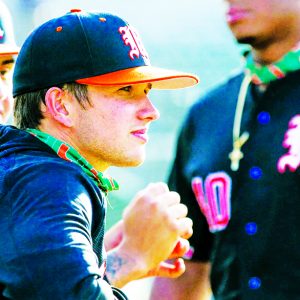 Dubberly settling in at Miami 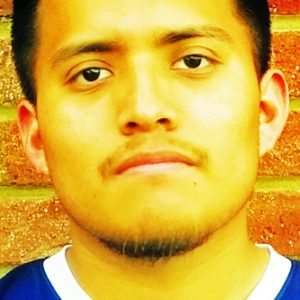