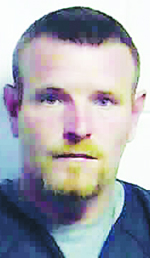 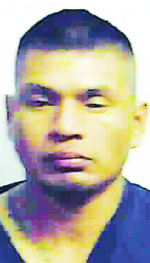 Two defendants entered guilty pleas in a Feb. 24 session of Jeff Davis County Superior Court and were sentenced to long sentences by Superior Court Judge Roger B. Lane.
Manual Gonzalez, 36, pled guilty to homicide by vehicle in the first degree and was sentenced by Judge Lane to 15 years, with the first 10 to be served in prison and the balance to be served on probation with a condition of banishment from the Brunswick Judicial Circuit. The defendant still faces an immigration hold and possible deportation.
The charge stems from a Nov. 24, 2018, accident in which the defendant operated a motor vehicle while under the influence of alcohol and made a left turn into oncoming traffic. The driver of the other vehicle, Willie Bratcher, 61 of Hazlehurst, was killed as a result of the crash.
Joshua Eason, 39, pled guilty to aggravated child molestation and was sentenced by Judge Lane to serve 25 years in prison with the remainder of his life on probation. As a condition of his sentence, the defendant can have no contact with the victim or victim’s family and is banished from Jeff Davis County.
The defendant pled guilty in a second case to two counts of aggravated assault on a public safety officer, one count of false imprisonment and one count of escape. He was sentenced by Judge Lane to 25 years in prison to be served concurrent to the aggravated child molestation.
On May 6, 2019, the defendant made sexual contact with an 8-year-old child which resulted in injury to the child. While being detained in the Jeff Davis County Detention Center for that offense, the defendant attempted to escape June 13, 2019. He assaulted two detention officers, resulting in serious injury to one of the officer’s eyes. He, along with a second inmate who escaped, Christopher Hatton, were subsequently captured and returned to the jail.
Mr. Hatton pled guilty Nov. 18, 2019, and was sentenced to serve 20 years in prison
In other recent court action, Rodney Gene Deen, 53, was charged with aggravated assault (family violence), aggravated assault (elderly) and simple battery family violence.
Deen was sentenced Feb. 3 to two 15-year sentence’s to run concurrent, 100 hours community service, 180 days in jail to be suspended upon entering the intergraded treatment program and banished from Jeff Davis County for 15 years.