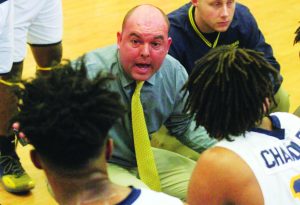 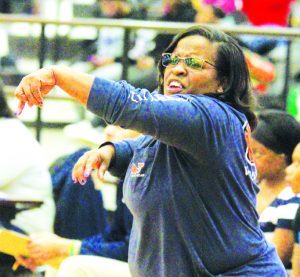 Both Jeff Davis High basketball teams finished third in the Region 2-AA tournament held in Metter last week and both will advance to the 2020 Class AA State Playoffs this weekend (see story elsewhere on this page).
The Lady Jackets of Coach Niki Perry opened play last Wednesday with a 33-31 win over Swainsboro to end the Lady Tigers’ season. The game was close throughout but the Lady Jackets pulled out the win.
Keke McDuffie led the winners with 15 points. Jakiya Smith had six, Dee Wooten and Jakhia Greene five each and Morgan Yearty two.
A. Brown topped Swainsboro with 13.
In Friday’s semifinals, Jeff Davis’ girls couldn’t keep up with eventual Region Champion Vidalia as the Lady Indians outscored JD in every quarter to win 50-30.
Wooten and McDuffie scored 11 and 10 respectively. Smith had six and Greene three as only four Lady Jackets scored.
Vidalia had three players in double digits. Dresden Clark had 17, Jashiyah Jones 13 and Treyunna Roundtree 10.
In Saturday’s game for 3rd and 4th place, Jeff Davis took a 35-30 win over Metter. The Lady Jackets led by eight entering the final quarter as Metter closed the gap in the fourth. McDuffie hit four 3-pointers en route to an 18 point scoring night, Smith added six, Greene five, and Wooten, Yearty and Serenity Carter two each.
Samira Walker led Metter with 17 points, all coming in the second half.
The Jacket boys of Coach Bo Boatright finished second in the region in the regular season and drew a by until Friday’s semifinals.
Playing Vidalia, the Jackets found themselves in the hole by as many as 18 points in the first half before cutting the halftime deficit to 12 at 36-24. They still trailed by a dozen after three quarters and 45-33.
But that’s when Jeff Davis staged a furious comeback that got closed the gap to a single point at 48-47 with almost half the quarter remaining. And with plenty of time on the clock they trailed by only one at 59-58. But down the stretch, the Indians pulled away to win 65-59.
Ti King led three Jackets in double figures with 24 points, including a 12-pt. fourth quarter as he led the comeback charge. Ja’Queze Kirby had 19 and Bran Swain 10. Mike Dotson added four and Brandon Sturgis 2.
Vidalia was led by Ty Dalley with 23 and Xaviar McLendon with 14.
In the final regular season game, the Jackets fell by 38 points to Woodville-Tompkins 79-41. But Saturday’s seeding game was a different story as Jeff Davis rolled to an 84-52 win, a 70-pt. turnaround.
Kirby led the way with a 28-pt. night, including four shots from beyond the arc. Four players hit in double digits as Dotson had 18, Swain 16 and King 11. rounding out the scoring were Sturgis and Karson Galbreath with four each, and Chase Poppell with a 3-pt. shot.
Score by quarters:
Girls
JDHS 6 9 9 9 -33
SHS 7 4 11 9 -31