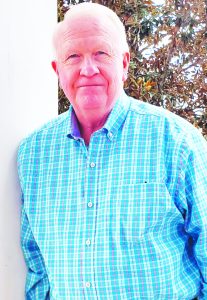 Ricky Ursrey, longtime employee of Satilla Rural Electric Membership Corporation, will be the Grand Marshal for the 2019 Chamber Christmas Parade. Ricky is retiring from Satilla REMC at the end of 2019 after almost 40 years of service.
Ursrey has served on the Joint Development Authority of Jeff Davis County (JDA) over 20 years, having been appointed in 1997. Ursrey served on the JDA when the regional economic development team started the Southeast Georgia Regional Development Authority with Bacon and Appling counties to develop and market the region in economic development.
Ricky began his career with Satilla REMC in 1982. He has served as Assistant Director of Customer Service for Satilla REMC since 2009.
Ricky has served as president of the Rotary Club of Jeff Davis County and also Assistant District Governor for Rotary District 6920 for two years. He also served as chairman of the Chamber of Commerce Board of Directors.
Ricky has been married to Sallie Ursrey since 2002. Together they have six children and six grandchildren.
The Annual Christmas Parade to be held Saturday at 6 p.m. will have a new route this year. Lineup will begin in the parking lot of First Baptist Church. The parade will begin at the church and end at the former Harvey’s parking lot behind McDonald’s.
The theme of the parade will be “There’s No Place Like Home for Christmas.” Each entry must be registered with the Chamber of Commerce because each entry will receive a number and will be announced as they pass the emcee booth on Tallahassee Street in downtown Hazlehurst.
Entries will also be judged based on theme and appearance. Winners will be announced at the City of Hazlehurst meeting Dec. 19 at 6 p.m. at City Hall.
For more information and for applications to register, contact the Chamber of Commerce at 912-375-4543.