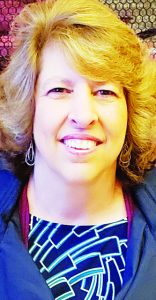 The Jeff Davis County Veterans Association will again honor veterans at the annual Veterans Day ceremony Nov. 11 at 11 a.m. at Veterans Square Park on Tallahassee Street. The public is encouraged to attend the ceremony, which in part celebrates women in the military.
Veterans Day began as Armistice Day to commemorate the end of World War I in 1918, and ceremonies are now traditionally held on the 11th hour of the 11th day of the 11th month.  The day is set aside to honor all veterans from wartime and peacetime and either living or dead.
“This year we’re honoring servicewomen in the military,” says Roy Anderson, president of the Veterans Association. “Women’s contributions to our nation’s defense is been a vital part of the history of our country.”
The keynote speaker for the ceremonies is Debra O’Neal, a veteran service officer with the Georgia Department of Veteran Services in Lyons. She assists veterans by helping them file medical claims and handles federal and state benefits for veterans and their spouses.
O’Neal was born in Canton, Ohio, but has lived in Georgia since 1998 and currently lives in Vidalia. She served in the U.S. Navy from 1988 until 1992 and received an honorable discharge. She is married to Tony O’Neal, who is also a veteran of the U.S. Navy, and together they have three children, Ben, Jeremy and Becky, and five grandchildren.
The Veterans Association will present several special observances during the ceremony, including patriotic music and reading names of veterans recently inscribed on the park’s centerpiece monument.
For additional information, call Anderson at 912-375-5361.