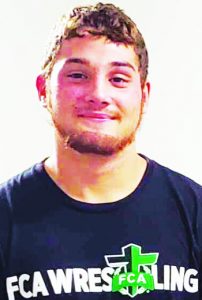 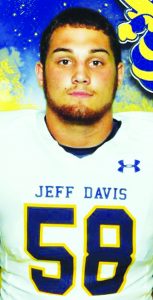 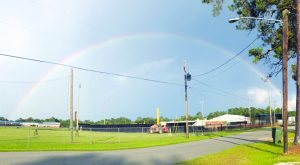 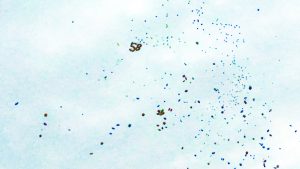 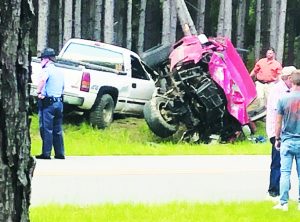 Jeff Davis County has been a community in mourning for the past week following the tragic vehicle accident that took the life of Jeff Davis High rising senior Jordan Christopher Bavaro last Thursday.
According to a report from the Helena State Patrol Post, Bavaro was driving his 2000 Chevrolet Silverado north on J.A. Yawn Road near its intersection with Yawn Estates Road behind a 2000 GMC Sierra driven by his good friend Jackson Yawn, also a rising senior at JDHS.
Bavaro passed Yawn’s truck but drifted back into the northbound lane, the passenger side tires on his vehicle striking Yawn’s truck. Bavaro’s truck then left the roadway on the west shoulder, and went across Yawn Estates Road before re-entering J.A. Yawn Road. Then the passenger side of Bavaro’s truck struck the driver’s side of Yawn’s truck a second time, and both trucks left the roadway and struck the east ditch embankment. Bavaro’s truck began to overturn and struck several pine trees, ejecting the teenager from the vehicle.
Monday’s memorial service at Southside Baptist Church was filled to overflowing with family, friends, classmates, fellow members and coaches of the Jeff Davis High School football team and even players and coaches from rival schools. The athletic communities from across the state flooded Twitter with prayers and words of comfort to the Jeff Davis football community as news of the tragedy spread across Georgia.
Jeff Davis High Head Football Coach Lance Helton, in a tweet, called Bavaro “a special young man that will be remembered, honored, and will be a part of us forever.” A balloon release was held Saturday honoring the young student, including a balloon in the shape of the No. 58, his Yellow Jacket number, with the slogan “Fly High 58.”
In addition to playing football, Bavaro was a member of the Yellow Jacket wrestling team.
Those looking for ways to honor the legacy of Jordan Bavaro can make donations in his name to the JDHS football or wrestling teams. The donations will be used to form the Jordan Bavaro Memorial Scholarship.