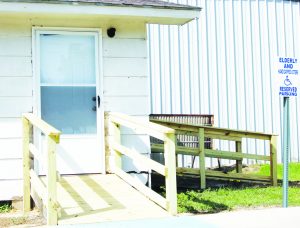 The ACLU of Georgia attended the recent Jeff Davis County Board of Elections meeting to support a vote to reopen a closed, predominantly black polling location.
According to a news release from the Georgia ACLU, in 2017, the board voted to close the Hazlehurst location, which had the highest number of registered voters as well as the highest number of black voter turnout in the county. The board voted to move the Hazlehurst precinct outside of the district. As a result, voters had difficulty, and in some cases, barriers to exercising their sacred, constitutional right to vote.
“We want to do the right thing,” said Keith Carter, Jeff Davis County Administrator after the meeting. “The community has spoken, and they want this location reopened, so it’s our job to make sure we make that happen.”
The Commissioner’s office assured the community that the Hazlehurst location will be reopened in time for the 2020 general elections.
“Moving a polling location changes how people vote and determines whether they vote at all,” said Glenn Harris, chair of the Jeff Davis County Democratic Party. “When you move the precinct outside of their district, voters are often prevented from voting. Period.”
The Board rescheduled its vote on reopening of the Hazlehurst precinct to its meeting on July 17.
“Our democracy thrives when everyone participates in the electoral process,” said Aklima Khondoker, staff attorney with the ACLU of Georgia. “We look forward to continuing to work with the community and public officials to reopen the Hazlehurst precinct to protect everyone’s sacred, constitutional right to vote.”