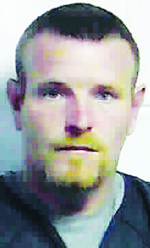 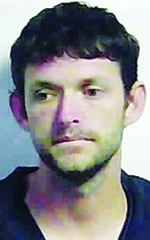 Two escaped inmates have been recaptured after Sheriff Preston Bohannon says they assaulted two jailers and took off Thursday evening.
Sheriff Bohannon says they quickly captured one of them, but the second inmate was missing overnight.
Investigators say the inmates, identified as Christopher Thomas Hatton and Joshua Eason, overpowered the jailers when the jailer unlocked a door. One of the the jailers had to be hospitalized overnight in Savannah.
“Hatton went to exit the door and he had an iron object in his hand and he struck the jailer in the face,” Sheriff Bohannon said.
The inmate also struck another jailer down the hall, a female, and released the lock to get out into the street.
Joshua Eason was caught right away. Hatton was caught Friday morning after a tip was sent to the Sheriff’s Office that he was in an area south of Hazlehurst.
“He (Hatton) kind of turned this way to look behind him, and turned back. By the time he turned back, there was nowhere for him to go,” the Sheriff said.
Sheriff Bohannon says the county’s longtime jail needs replacing, and he and the commissioners have discussed a new one.
“Inmates can break out of a brand new jail, but our jail is unfortunately older, and it doesn’t have the security that a modern jail has today,” said Sheriff Bohannon. “This makes it very vulnerable.”
Hatton was being held in the Jeff Davis County Detention Center for a probation warrant and charges from a chase and shootout in Emanuel County that took place last month. He has been charged with felony probation violation, criminal trespass, two counts of theft by taking and forgery in the fourth degree. Additional charges are pending.
Joshua Eason is charged with aggravated child molestation and probation violation. Additional charges are pending.
The two inmates have been transferred from Jeff Davis Detention Center and are now housed at different locations.
Sheriff Bohannon thanked everyone for the tips and staying alert during the time the inmate was at large.
“A special thanks goes out to my staff, deputies, 911 center, and detention officers,” said Sheriff Bohannon. “Also, all the Hazlehurst Police Department, Jeff Davis County Fire and EMS, GSP Aviation, Georgia State Patrol, Ware County K9 Teams, and all the calls from other agencies who were willing to assist.”