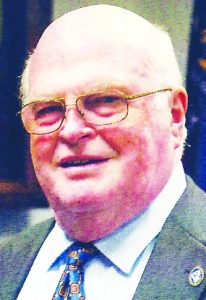 Hazlehurst Mayor R. Bayne Stone, saying he wants to continue working to better Hazlehurst, has announced his intention for reelection.
Stone served his first term as mayor from 2008 to 2012 and is now serving his second term since 2016. Candidate filing for the November election doesn’t begin until August, but Stone is excited about running for mayor once again.
“As mayor, the city council and I have made some smart decisions and achieved a level of momentum not seen in years of moving Hazlehurst forward,” says Stone in announcing his candidacy. “Growth, improvement and economic development of our city have been the cornerstones of my time as mayor and I want to see that continue.”
Stone also says that he’s proud of what his administration has accomplished and that Hazlehurst seems to have renewed energy and dynamism.
Under his watch, he’s led efforts to include tremendous job growth, the building of the new Georgia State Patrol post, the renovation and additions to Hazlehurst Municipal Airport to handle increased air traffic, refurbishing Bully Creek Wastewater Treatment Plant, the addition of the highly popular splash pad for the city’s recreation needs, and much-needed paving of city sidewalks, among dozens of other projects.
“As mayor, I still have other projects that I would like to see to fruition, including the completion of the Hazlehurst Bypass and repaving of the airport runway,” he adds. “I’ve worked closely with both the Joint Development Authority and the Chamber of Commerce and we’ve all seen our efforts pay off. And our Police Department and Fire-Rescue Department are among the best in the area because we all work well together.”
The mayor also points out that while some of the much-needed projects have been costly, he works extremely diligently to keep expenses down and has unceasingly applied for and won numerous local, state, and federal grants to help pay for ventures.
“I’m always looking for better ways to cut costs without cutting quality,” he says.
Stone, the widower of Carol Dukes Stone who passed away in 2015, has three children, Rob Stone, Dan Stone, and Meg Minchew, and six grandchildren, Brantley Stone, Ethan Stone, Duke Stone, Stone Minchew, Jake Minchew, and Maggie Minchew. Stone is a graduate of Appling County High School and the University of Georgia. He is a surveyor, and also served in the Georgia House of Representatives for several years.