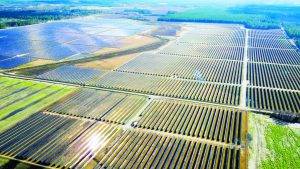 The Joint Development Authority of Jeff Davis County, Hazlehurst, and Denton announced a significant capital investment in the community by Silicon Ranch Corporation, the U.S. solar platform for Shell and one of America’s largest independent solar power producers. The financial commitment exceeds $75 million and will fund two new solar plants in Hazlehurst and Snipesville, both of which are scheduled to come online before the end of next year.
The utility-scale facilities are part of a portfolio of projects announced in 2017 by Silicon Ranch and Green Power EMC, the renewable energy supplier for 38 Georgia Electric Membership Corporations (EMCs). Combined, the new projects will generate more than 100 megawatts (MWAC) of low-cost, renewable power and expand Silicon Ranch’s presence in Jeff Davis County, where it already owns and operates two solar projects totaling 72MWAC in Hazlehurst. As a result of its previous investments, Silicon Ranch already stands among the largest taxpayers in Jeff Davis County, and its new projects will contribute significant additional tax revenues for the local community for years to come.
Silicon Ranch announced it will soon commence construction on the first of its two projects and the company has selected McCarthy Building Companies as its Engineer-Procure-Construct partner for the facility. McCarthy has constructed several of Silicon Ranch’s solar facilities across the country, including its 52 MWAC array in Hazlehurst.
Supporting growth in the clean energy job sector, McCarthy is hiring upwards of 180 local workers for the nine-month construction project. McCarthy will provide local workers with on-site training in pile driving, tracker assembly, and panel installation by implementing principles of Training Within Industry (TWI), a program originally developed by the U.S. Department of War in the 1940s to help re-train workers quickly and reliably on moderately complex tasks. Through its TWI solar program, McCarthy applies its “Learn. Perform. Repeat” methodology and offers highly effective and efficient training to workers who have little or no experience in solar installations.
Area residents interested in working on the project can learn more by visiting www.mccarthy.com/careers, and search by city. A job fair is scheduled for Thursday, May 2 from 8 a.m. to 4 p.m. at the Hazlehurst Municipal Golf Course and Civic Center.
Silicon Ranch Co-Founder and President Reagan Farr said, “At Silicon Ranch we believe we can make a positive difference in the communities we serve, and we’re pleased to expand our long-term relationship with Jeff Davis County. More than 400 local workers helped to build our two previous projects in Hazlehurst, and we are excited about bringing that local experience to bear for these new projects as well. We thank our partners at Green Power EMC, McCarthy, and the Joint Development Authority for making these projects and these investments possible.”
Green Power EMC President Jeff Pratt said, “More than 30 EMCs will share in the energy produced by these two new facilities, and we are grateful for the support from our members and for the partnership we have developed with Silicon Ranch. We are proud that in addition to providing our members with reliable, affordable, renewable energy, our work can further support economic development in Jeff Davis County.”
Scott Canada, Senior Vice President of McCarthy’s Renewable Energy division, said, ”We are grateful to team up with solar market leaders such as Silicon Ranch and Green Power EMC to deliver meaningful clean energy solutions to Georgia.”
Dwayne Creamer Chairman of the Joint Development Authority of Jeff Davis County, Hazlehurst, and Denton, said, “We wish to thank Silicon Ranch for choosing to expand its operations in Jeff Davis County and for making another significant investment in our community. This development will generate new tax revenues for the county government and the school system and provide a welcome stimulus to our local economy. The addition of these new projects represents another milestone for Jeff Davis County, as they further enhance our reputation as one of the leading solar communities in the United States.” 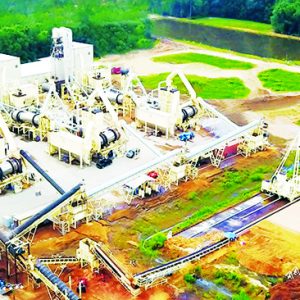