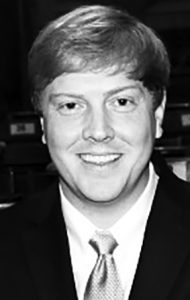 This week the Legislature recessed to hear reports from each state department head on their requests for FY 2020 in what we refer to as “Budget Week.” It’s hard to sum up everything I heard in our 17 hours of hearings but let me hit a few takeaways, as well as where we stand economically.
When it comes to the differences between last year’s budget and this year’s, the biggest change is additional increases in education. If passed as proposed by Governor Kemp, education spending will make up over 54 percent of the entire state budget. In fact, the growth in education was so much (about .9% or about $867 million dollars), other areas saw percentage decreases, including Health, Safety, and Transportation, simply because of the education increase. Don’t let this percentage decrease fool you, however. Because the entire state budget has increased overall by about a billion dollars, funds in these areas are increasing as well. Essentially, everyone gets a piece of the pie, but education gets the biggest slice.
In general, our state is economically strong. Though not all areas are seeking this growth (rural Georgia particularly) total state revenues are outperforming forecasted amounts. Revenue growth, however, is down dramatically since October; we are not out of the woods yet when it comes to avoiding a recession. We must factor this into every budget decision we make.
Here are some takeaways:
• $2.3 billion over the next five years to improve non-interstate corridors. The vast majority of these are in rural areas.
• Almost $67 million added for school security grants ($30,000 per public school)
• $505.1 million to increase teacher pay by $3,000 dollars.
• $21 million to fund the actuarial increase for the Teachers Retirement System
• $8.4 million for additional mental health counselors in high schools
• $2.1 million to fulfill increased enrollment in the HOPE Scholarship program
• $3.5 million to Dual Enrollment to account for the program’s growth
• $2.1 million to accommodate the growth in technical college enrollment
• $500,000 to create a Gang Task Force to combat the over 1,500 gangs in Georgia
• $2 million ($1 million of state funds, $1 million in federal funds) to a Medicaid Waiver program
• $150 million for new voting machines
• $35.7 million to repay local systems through the Forestland Protection Act Grant
• $119 million for the recommended merit based 2% raise for all state employees
• $14 million for statewide water planning
• K-12 student enrollment growth has leveled off for the first time this century. This leveling-off will further compound the need to control growth in education spending in the coming years.
• Adoptions of Georgia foster children have increased from 820 adopted children in 2015 to 1,200 in 2018. This shows that the House Bill 159 from last session is making a tangible impact on the lives of our children. However, the number of children in foster care during this time has increased from roughly 10,000 to roughly 15,000 children. While adoptions are increasing, the number of children needing adoption is outpacing this growth. We need more loving homes and foster parents immediately; and we need to support them once they’ve given their all to stabilize the child’s life.
I look forward to getting back into the details behind the numbers and other legislation next week. If you have questions or concerns about legislation, do not hesitate to let me know. I am more than happy to answer your questions via email at blake.tillery@senate.ga.gov or by phone at 404-656-0089.

A Tradition of Dedication — By Dale Myers

Golf Course Needs Someone Who Knows How To Operate It

Change Vs. Inevitability By John Reed