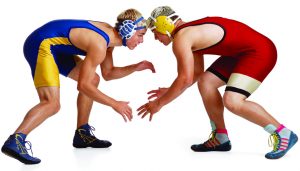 The Jeff Davis High School Wrestling Team started their season Saturday in Watkinsville. The team faced Elbert County, Oconee County, Harlem, White County, and Clarkston.
With a second place finish the team’s only loss was to Elbert in the first match of the day, then bouncing back to defeat the other four teams. The coaches were pleased with the performance of the team and looking forward to the rest of the season.
The team invite everyones to the high school Nov. 30 and Dec. 1 as they host the 12th Annual Yellow Jacket Duals. Twenty-six teams are slated to compete in the varsity tournament, with 12 teams competing at the middle school Dec. 1 in a round robin. This is the most teams to compete in the tournament since the inception, as well as the most in the JV tournament.
Cost for entrance is $7 a day and the Yellow Jackets will compete in every round. Matches start at 4p.m. Friday and 9 a.m. Saturday.