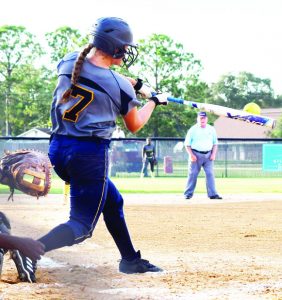 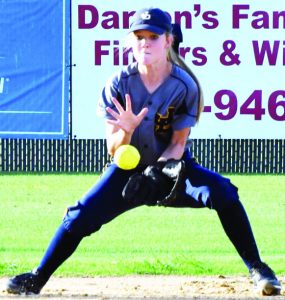 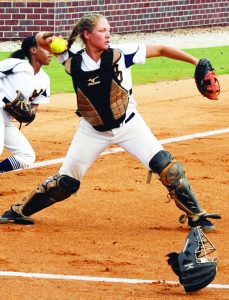 Jeff Davis High’s softball teams took a pair of wins over Wayne County Wednesday in a jayvee-varsity doubleheader.
The junior varsity won 10-1 in six innings and the varsity took a 9-4 victory.
In the Jayvee game, Cara Edwards led the offense, going 3-for-4 with an RBI. Serenity Carter tripled, singled and drove in three runs, Tia Cornish doubled, and Alicia Lilliott, Lillie Hughes, Jakhia Smith, Kesleigh Poe, Riley Mathis, Izzy Sinquefield and Madison Norris all had singles. Smith, Poe, Mathis and Sinquefield had RBIs and Bianca Torres added a sacrifice.
Poe was the winning pitcher, going four innings and blanking Wayne on one hit, no walks and four strikeouts. Torres earned a save pitching the final two innings. She gave up one run on one hit, walked none, hit one batter and struck out one.
In the varsity game, Jeff Davis jumped ahead 5-0 through 2 1/2 innings. While Wayne cut the deficit to three runs at 7-4, JD scored single runs in the sixth and seventh innings to win pulling away.
Karli Williams had a hot day at the plate, slamming a homer and two doubles and driving in five runs. She also had a sacrifice. FeFe Green had a double and two singles, Jakhia Green singled twice and drove in two runs, Marlee Colson had two singles and an RBI, Alison Herrington had two singles, and Amillian Clements had a sacrifice and an RBI.
Caroline Waters picked up the win on the mound, going three innings and giving up one earned run on four hits, walking none and striking out none. Lanie Scott earned a save, going the last four innings, and giving up one unearned run on only one hit, walking none and striking out two.
Score by innings:
Jayvees
JDHS 0 2 2 2 1 3 -10
WCHS 0 0 0 0 1 0 – 1 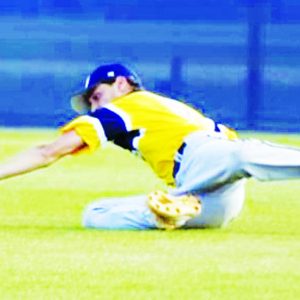 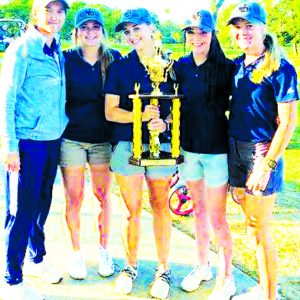