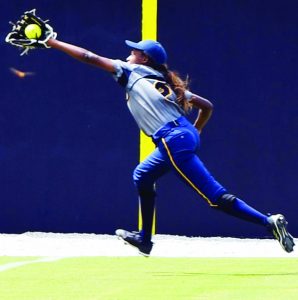 Jeff Davis High’s softball team won two of three games last week to move its record to 2-3.
The Lady Jackets routed Toombs County Thursday in Hazlehurst 12-0 in four innings, moving their Region 2-AA record to 1-1. And they split a pair of non-region games Saturday in Hazlehurst, falling 3-1 to Jones County and topping Statesboro 3-2.
Statesboro, a Class AAAAA team, came into Saturday’s round-robin event with a 5-1 record but lost to Jones County 8-1 before falling to Jeff Davis. Jones County, also a Class AAAAA team, improved its record to 5-0 by winning both its Saturday games.
Against Toombs County, Lanie Scott and Lindsey White combined to throw a perfect game. Scott started on the mound, retiring all nine batters she faced, four by strikeout, and picking up the win. White retired the Lady Bulldogs in order in the fourth and final inning.
Jakhia Green had a pair of singles and three RBI to lead the offense. Karli Williams also singled twice and drove in two runs, Caroline Waters doubled, had a sacrifice and drove in two runs, Karlie Watson singled in two runs, Bianca Torres singled in a run and Dee Wooten and Paige Carter both added singles.
Carter and FeFe Green both had stolen bases, and the defense did not commit an error.
The Jones County game was a close one as the score was tied 1-1 through five innings. Jones scored two unearned runs in the top of the sixth to take the 3-1 win.
Carter, Jakhia Green, Scott, FeFe Green and Waters each singled in the contest. Jakhia Green also had a sacrifice.
White went the distance on the mound. She gave up one earned run on six hits, walked none and struck out none.
Carter had a stolen base.
It took some late inning heroics for the Lady Jackets to take their win over Statesboro. Entering the bottom of the sixth inning, Jeff Davis trailed the Lady Blue Devils 2-1. The Lady Jackets scored two runs in the bottom of the sixth to pull out the win.
Jeff Davis managed only three hits, two by Wooten who had a single, a double and an RBI. Scott got the Lady Jackets other hit, a single.
Scott was the winning pitcher, going the distance and giving up two runs on five hits, walking one and striking out four.
The JD defense played without an error.
Score by innings:
TCHS 0 0 0 0 – 0
JDHS 0 6 5 1 -12 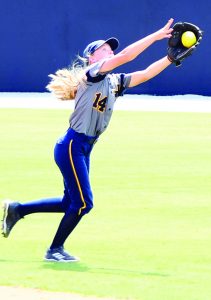 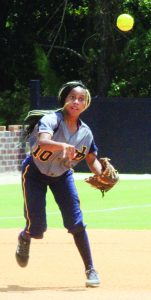 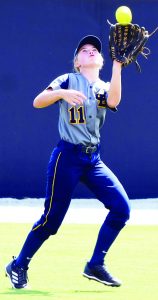