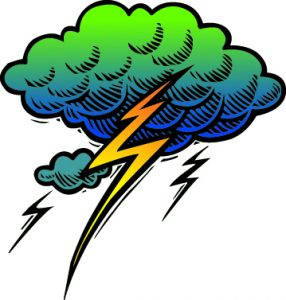 Sustained, heavy rains over the past few months are playing havoc with the farming industry in Jeff Davis County.
But Jeff Davis County Agent Jennifer Miller said farmers still have a chance to make good crops this season if sufficient dry weather comes this way in the coming months.
Miller said the rains have affected different crops in different ways.
Early in the tobacco growing season some of the fields began to drown, then rebounded but it now looks like some of them are drowning again.
The rains kept farmers out of the fields during prime peanut planting times and the late planting could affect yield and quality. Several farmers had to replant their peanut fields as their original plantings drowned.
A number of farmers have had to replant their cotton fields several times due to the plants drowning.
Miller explained that peanuts are supposed to create their own nitrogen. But the excessive rains have prevented that production and some of the leaves are beginning to yellow up. As a result, farmers have had to add nitrogen to get their crops to perform.
Leaf spot has also developed in peanuts and, because of the rain, farmers couldn’t get their equipment into the wet fields to spray them with fungicide on a timely basis.
“Normally, you get on a schedule of seven to 14 days,” Miller said. “But they couldn’t keep on their schedules because of the rain and had to stretch out the fungicide applications.”
Without the fungicide, the plants can suffer from defoliation.
She added that the peanut plants are producing more peanut vines which, she said, is not necessarily a bad thing since they produce more foliage for the plants. But, conversely, it is difficult to get the fungicide down to the low-lying vines.
“It’s a constant battle,” she said.
With cotton, it’s the same thing. Farmers worried about whether or not the fertilizers had leached out because of the rains, and they considered applying more fertilizer. Some cotton, rather than looking deep green, have lime-green coloring.
And when you pull up a plant, you see that in many cases the tap roots had stayed wet and began to deteriorate, leaving the plants with tap roots that don’t perform properly.
“If you reapply fertilizer, you don’t have any roots to suck up the fertilizers,” Miller said.
“Some of the cotton surprised me,” Miller said, “some are doing good. But a lot of the younger stuff is not where it should be.”
The younger cotton is not in bloom and if the blooms don’t produce the bolls by a certain date, the farmer won’t make any cotton.
Turning her attention to corn, Miller said a lot of it is ready to be harvest but it’s too wet. And the rains have made it hard for the corn to dry down as it should.
Additionally, the plants are developing stock rot. And the fungus aflatoxin can grow in the dried corn if it was damaged by insects or the corn stays out in the field too long.
“I hope we can get some dry weather so they can get in there and get the corn,” Miller said.
Because the area has seen a lot of rain, farmers have made a lot of hay. But they can’t get into the fields to cut it. If they cut it too late, the quality goes down. If it’s cut and then lays in the rain, then the quality is also adversely affected.
“That’s been a challenge,” Miller said. “Some of the farmers have not cut their fields for the first time.” Normally, farmers cut their hay fields 3-4 times a year.
“And we’re growing a lot of weeds,” Miller said with a laugh.
“But if we get a stretch of dry weather, we could make a good crop,” she said. “It just depends on when the first frost comes.
Despite the rains, and challenges to be faced by the tariffs and trade problems, Miller said, “Our farmers are the most optimistic farmers I know.”