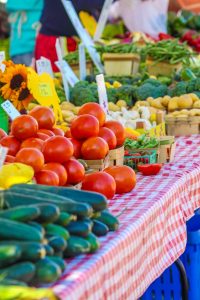 The Jeff Davis County Commission recently received some long awaited good news.
In an email from the Rural Development arm of the U.S. Department of Agriculture, the county was notified they were approved for a $99,730 grant to build a farmers market.
The farmers market is another aspect of the joint effort by the county and the City of Hazlehurst to develop the recreation area on the Baxley Highway.
The city has already opened the planned splash pad for the site, and the Jeff Davis County Recreation Department is working to build two soccer fields, as mounds of dirt have been hauled to the site to be used to crown one of the new fields.
The farmers market is the final portion of the renovation and work should begin on it in the next few weeks, perhaps too late for much of this year’s fresh produce market, but in time to serve Hazlehurst and Jeff Davis County for years to come.