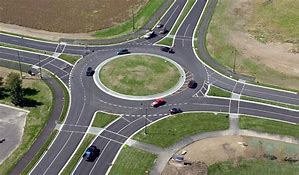 By
MARY ANN ANDERSON
Around and around the city goes on the issues of the roundabouts, and where – and when – it will stop, nobody knows.
The latest volley began during last Monday night’s Hazlehurst City Council workshop with a marathon discussion on the project. Ward Four Councilman John Bloodworth was not present for the meeting.
One of the primary concerns as relayed to Mayor Bayne Stone by Ward Two Councilman John Ramay and Ward Three Councilman Eric Griffin was whether or not the two roundabouts, which will be located in the school district at the intersection of Pat Dixon Road and Charles Rogers Boulevard and another at Pat Dixon Road and Collins Street, could be built before the first day of school in August.
Griffin even went so far as to suggest that the city “push this for a year” to have more time to get the roundabouts built and “make better plans to do it in a better fashion” because of delays in getting easements, cobbling together final costs, and having utility work completed, among other kinks still being worked out.
Stone assured the council that the project was “full speed ahead.”
He then went on to explain that after initial figures for building the roundabouts varied from $250,000 to more than $600,000, but after constant negotiations and alterations to the plans, the final cost for the roundabouts would be about $350,000, with $100,000 coming from the city and another $250,000 coming from a Georgia Department of Transportation grant that former Ward One Councilman Tommy Purser and Carl Hofstadter of the city’s engineering firm of Hofstadter and Associates in Macon “worked hard” to get.
“Now listen,” a visibly exasperated Stone told the council, “the two roundabouts can be built in good form that everybody can be proud of, with plenty of room for traffic, and everything that we need.”
Talks for the roundabouts project have been going on for almost four years, and Stone further said that he was “tired of wrestling with it,” and that the project can be done before school begins.
But that wasn’t the end of it. Thursday’s regular session of the city council, in the absence of Griffin, brought even more twists and turns. Stone started off by saying that the Jeff Davis County Board of Education had met earlier in the day and signed the final right-of-way easements for construction to begin on the roundabouts. Since Monday’s meeting, he said, work had begun.
But then Ward Four Councilman John Bloodworth threw the mayor and council into a tailspin by saying he wanted to “plead to the council” to completely quash the idea of the roundabouts and install four-way stops instead.
“It’s in the best interest of the people, the people don’t want the roundabouts, and I think it will save us some money,” he said. “I really plead to the council that they will reconsider this.”
When Bloodworth made his request in the form of a motion, neither Ward One Councilman Dywane Johnson, Ramay or Stone would second it.
When Stone told him that his motion died for lack of a second, Bloodworth was clearly disappointed and stated, “It always does. When you’re playing with a stacked deck, it always does.”
While that appeared to be the end of the discussion on the roundabouts, in the Citizens’ Comments section of the meeting Niles Dixon, who had previously addressed the council about his concerns on the roundabouts in a called meeting on June 11, went to the podium once again to speak to the councilmen with several more questions at the ready.
Among his many other concerns in his 20-minute question and comments session, Dixon was troubled that the roundabouts may not be able to accommodate school buses, but Stone assured him that Hofstadter designed many roundabouts and that Joey Hiers of J. Hiers Company in Baxley, the contractor who is building them, had also constructed more than a few, and that he had been promised that a tractor-trailer with a 52-foot trailer could easily maneuver through them.
The council patiently addressed Dixon’s many concerns, with Ramay saying, “We commend you highly for your research and extreme valid points that you have brought to us for our consideration.”
But Bloodworth, reiterating his desire to not build the roundabouts, lobbed another ball into the council’s court.
“I just don’t feel like it’s in the best interests to do it,” he said. “I mean, really, think about it. It’s not. A hundred thousand more dollars to burden the people … you’ve got to use common sense.”
Stone was not to be deterred. He said that the project has been “looked at and relooked at and looked at again.” And then, directing his attention to Dixon, stated, “We have concluded, sir, that this is in the best interest of our community, and we are proceeding in that direction.”
Johnson then took the reins of the meeting, saying that if the roundabouts were stopped at this point in time, that grant money could possibly be jeopardized for other endeavors later on down the line. He ended that part of Citizens Comments on a humorous note, joking, “If this thing doesn’t work, we’ve got bulldozers here that can bulldoze it down.” 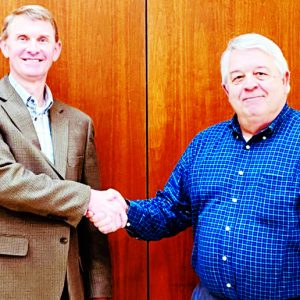 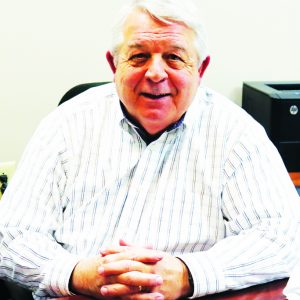