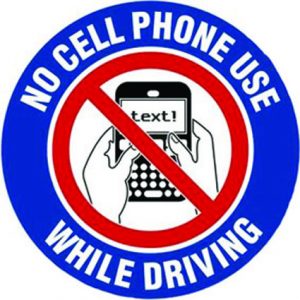 Georgia’s new distracted drivers law goes into effect Sunday, July 1.
Gov. Nathan Deal signed House Bill 673, which would require drivers to use hands-free technology when using cell phones and other electronic devices while driving. But “hands free” isn’t as clear cut as it sounds. Here’s a look at what would and would not be allowed. The law takes effect July 1.
Prohibited
* Holding or supporting, with any part of the body, a wireless telecommunications device or stand-alone electronic device (for example, an iPod).
* Writing, sending or reading any text-based communication, including a text message, instant message, e-mail or internet data while holding your device.
* Watching a video or movie other than watching data related to the navigation of your vehicle (i.e., your mapping app or GPS screen).
* Recording a video.
What’s allowed:
* Speaking or texting while using hands-free technology.
* Using a GPS system or mapping app.
* Wearing and using a smart watch.
* Using an earpiece to talk on the phone.
* Using radios, CB radios, CB radio hybrids, commercial two-way radios, subscription-based emergency communication devices, prescribed medical devices, amateur or ham radios and “in-vehicle security, navigation or remote diagnostics” systems.
* There are circumstances where you can handle an electronic device while driving: Reporting a traffic accident, medical emergency, fire, a crime or delinquent act or a hazardous road condition. You can also use your hands if you’re lawfully parked (not at a stoplight – “lawfully” means off or beside the road in an area open to parking).
* Some people are exempt from the hands-free requirement if they’re performing official duties: police, firefighters, emergency medical personnel, ambulance drivers, other first responders and utility employees or contractors responding to a utility emergency.