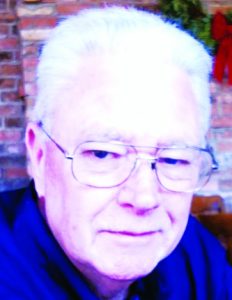 Mr. Edwin Carlton Kemp, 69, of Snook, Texas, formerly from Hazlehurst, passed away at CHI Saint Joseph Hospital in Bryan, Texas, Oct. 29.
He was preceded in death by his parents Carlton and Angel Kemp.He was a graduate of Jeff Davis High School in 1969 and left Georgia in 1969 and began his career in the A/C business for over 40 years in Texas. After retiring Edwin taught A/C classes at Blinn College in Bryan, Texas.
Survivors include his wife of 37 years Emily Kemp and daughter Elizabeth Kemp. Edwin had a large extended family in Texas including several nephews who he shared his love of fishing and hunting. Edwin was also survived by his brother Glenn, sister-in-law Tammy and a special niece Mary Katherine Kemp of Hazlehurst.
A memorial Mass was held Nov. 4 for Edwin at Saint Joseph Catholic Church in Bryan, Texas.