Traditionally, school systems across the nation have experienced acts of vandalism committed by students after school hours. A warning: don’t try it in Jeff Davis County because someone will surely be watching.
At Monday night’s Board of Education meeting, Jeff Davis County Schools Director of Technology Kelly McLoon and Instructional Technology Specialist Tammy Girtman gave the board updates on three areas of new technology.
McLoon told the board that the school system now has about 400 security cameras on school property. Of those, 350 are new, advanced cameras, that can detect heat at night, differentiate between cars and people, and have greatly improved clarity over the old ones.
Interior cameras also have audio, an advantage when investigating incidents inside the schools.
“We want people to know that if we have an incident to happen, we can find them and identify them,” McLoon said.
Girtman explained to the board a new alert system for teachers and other staff members. While it is still in its implementation stage, the system ill go live Aug. 19. The system includes an application teachers install on their personal cell phones which gives them one-touch response to problems that may arise in the schools. Users have six buttons on their phone screens to send out alerts, not only to other school personnel but also to law enforcement, firefighters, and other emergency response people.
The six buttons are for weapons, fight/combative, lockdown, weather, fire and medical. The app also has a chat button to allow for more detailed alerts.
McLoon pointed out that both the new security cameras and the alert system were purchased at no cost to the local school system, the former through a grant and the latter was given to the schools by the company who provides the system for colleges. The company wants to get into the K-12 market and requests feedback from Jeff Davis County’s Technology Department in exchange for the free implementation.
The final update did cost the school system some money. McLoon said they did a major update at the primary school where old projectors used in the classrooms were dim and its quality was not good. The old projectors were replaced with flat screen TVs, and uses technology to eliminate all cables. Teachers were provided laptops and iPads to free them from their desks where, in the past, they could utilize the technology only from desktop computers.
Girtman said the teacher really like it and the improvements bring the school in line with 21st century technology.
Following the presentation, Superintendent Chris Roppe pointed out his previous work in other school districts, saying, “One thing that sets Jeff Davis County apart is our technology.”
In other action at Monday’s meeting, the board ….
…. listened as Elementary School Principal Deidre Higgins recognized student Nate Saunders for being the Georgia Beta Club Champion in Science for his grade level and National Beta Club Champion in Science as well. Board members were mesmerized as the youngster explained to them the properties of the soft metal Gallium, which he said melts at a low temperature, expands when it freezes and he explained other properties of the element.
…. heard an update from Scott Fry whose civil engineering group had secured costs estimates for new/updated tennis courts. The costs for new courts was $130,000 for four courts which included fencing, or $330,000 for 10 courts. The prices do not include any site work, lights, buildings, grandstands, etc. Refurbishing existing courts he said would be about $3,000 per court. He added that if the board decided to build new courts, they could be completed before the end of the school year. Refurbishing would have to wait until next summer.
…. approved recommendations from Roppe to purchase a truck from Woody Folsum Automotive Group, hire a construction manager for the high school renovation and the tennis courts work, adopt a resolution to join the Georgia School Boards Association National Purchasing Cooperative, and continue to allow the Three Rivers Band to use the middle school band room.
…. heard financial updates from Director of Finance Betty Corbitt and approved the 2020 budget. She said budget hearings were held but no one showed up for them. She added that the July E-SPLOST collections set another record and are now averaging over $155,600 a month.
…. accepted the resignation of bus driver Linda Bell, and approved recommendations to hire school nutrition worker Niesha Stenson and bus driver Alan Edmonson.

Operation Ace In The Hold Nabs 26 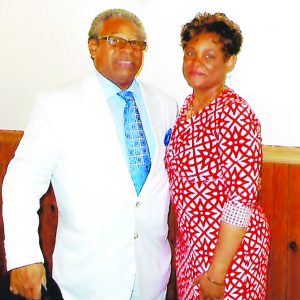 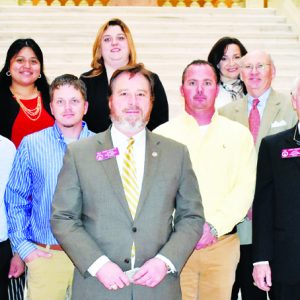 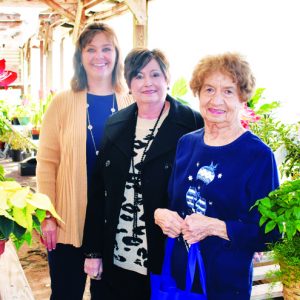 Callahan’s is Small Business of the Quarter