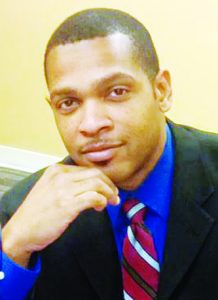 On July 25, former Hazlehurst resident and Jeff Davis High graduate Joseph Handsome received his air worthiness certificate from the FAA for his amateur built airplane. Joe started building the airplane from plans in 2015 in his garage in Charlotte, N.C. The airplane is a Wittman tailwind w10 based on a design from the 1950s. Joe received his pilots license in 2013 and plans to test the airplane in North Carolina. He is the son of Rietta Handsome and the late Rufus Handsome of Hazlehurst. Handsome, who has a PhD in Management Information Systems, lives outside Charlotte where he is a Senior Technical Director at AT&T.