The Jeff Davis County Board of Education last week hired a new band director from Florida with a strong connection to Jeff Davis County.
Nicholas Efstathiou, whose wife is the former Kelly Seebeck of Hazlehurst, was offered the job as JDHS band director at a Feb. 28 called meeting of the board. He has accepted the offer.
Efstathiou is the band director at Bay High School in Panama City, Fla. He and his wife are both graduates of Troy State University in Troy, Ala. Kelly Efstathiou is a graduate of Jeff Davis High School where she was a member of the band and a majorette. She was hired at the called meeting to be the music teacher at Jeff Davis Primary School.
In other action in the called meeting, the board approved hiring Sarah Bullard – math teacher at JDMS, Adrian Bell – social studies teacher at JDMS, Cari Creamer – RTI coordinator/behavioral specialist, Angela “Lucy” Bruce – special education paraprofessional at JDPS, and Brent Coleman – assistant principal at JDHS.
The board accepted the resignations of Frad Reid, Karen Vann, Lacey Yawn and Brooke Peterson at the end of the school year and Grace Hall effective Feb. 28.
In announcing his decision via a Facebook post, Efstathiou said:
“God will lead you, if you are willing to listen.
“The past five months have been nothing more than an emotional roller coaster. If have not heard, I was officially offered the Band Director position at Jeff Davis High School in Hazlehurst, GA. This is where Kelly Efstathiou and her family is from. Never in a million years did I ever think that I was going to leave Bay High School’s “Million Dollar Band” Program. I really thought that I was supposed to retire from Bay High. I am truly humbled by all the support that has been shown to Kelly and our family from our Bay Band Family. Never underestimate the impact that one person can have on young people. I never thought about the impact I had, just thought of it as doing my job the best way I could. The success that has been seen in the Bay Band has not been from me, it is bigger than one person. It has been through the hard work of the many students that have gone through the program before I became the band director during my tenure and after I am long gone.
“This is a huge leap of faith for our family to be leaving the stability and security of our jobs in Panama City. I know that God has a plan for each and everyone of you, and there is a true testimony in our journey so far. Maybe one day I will write it up, put it in a blog, who knows.”
At Jeff Davis High, Efstathiou follows in the footsteps of a long list of highly successful band directors, primarily those of Tom Brown (1993-2010), John Hillsman (2010-2015) and Charles Westman (2015-2019). 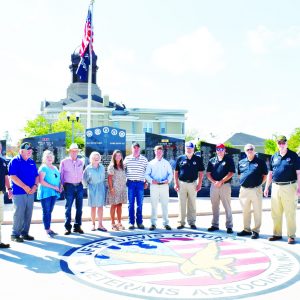 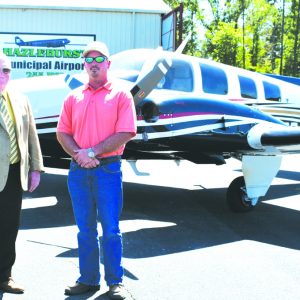