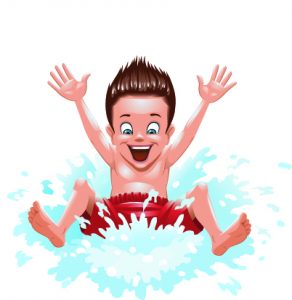 By
MARY ANN ANDERSON
A flurry of motions and citizens’ comments dominated last week’s regular April meeting and work session of the Hazlehurst City Council, but it was the upcoming May opening of the splashpad at the Alfred B. Roberts Sr. Recreational Complex and the proposed roundabouts in the school district that took center stage.
The splashpad, Mayor Bayne Stone said, is “very nice” and a “wonderful addition” to the City’s park system.
“It’s a real nice facility,” he added. “It’s going to be for our young people and our town.”
The council asked that the Hazlehurst Police Department consider a three-way stop at the intersection of Old Graham Road and Farmer Street, where the splashpad is located, to slow down traffic in that heavily-congested area. Ward Three Councilman Eric Griffin pointed out that once the waterpark opens, more children will be in the area.
Instead of full-on approving the three-way stop, the council instead asked for input from Police Chief Ken Williams, who said that his department would “concentrate on that area” to slow traffic and see how that works first.
Griffin then asked for a motion, which passed unanimously, for Williams to proceed with a traffic study and report to the council to determine if it is in the City’s best interest to install the three-way stop.
Natasha Bennett of the city attorney’s office of Smith and Bennett then presented the council with a set of rules and regulations for those using the splashpad. In determining the final set of conventions, she said that she had contacted other municipalities and had also obtained feedback from members of the community to come up with what she termed “pretty reasonable” policies for guests of the splashpad.
Bennett also added that while admittance to the splashpad is free, a fee structure is in place for renting shelters at the waterpark.
The council next approved the low bid from Outdoor Engineers of $10,930 for fencing the splashpad, with an additional $250 for a second walk gate and $2,450 for a time-locking system for the entire waterpark complex.
See elsewhere in the Ledger a complete list of rules for using the splashpad as well as the fee schedule for shelter rental.
In other action, the Council ….
…. approved a Local Maintenance and Improvement Grant that will be used for street paving.
…. agreed to a host of training for City employees, including for Hazlehurst Police Department’s (HPD) Ben Glosson to attend Intoxilyzer 9000 Recertification in Tifton April 26 and for him to attend the Marijuana Certified Examiners Recertification in Forsyth on May 9-10; for HPD’s Jose Zamora to take an Advanced Search Warrants and Affidavits class, also in Forsyth from May 14-16; for Hazlehurst Animal Control’s Sumer Daniels for training in LaGrange April 26-27; for City Clerk Vernice Lopez to attend Georgia Clerks Education Institute in Douglas May 14-15; for Carl Leggett, Orson Hall, Chris McEachin, and Lorrie Williams to attend the Georgia Rural Water Association’s conference at Jekyll Island May 15-17; and for Hazlehurst Fire Department’s Dustin Hutto to attend the North Georgia Public Safety Arson Seminar in Helen April 24-27.
…. gave permission for the corner of Martin Luther King Jr. Boulevard and Allen Street to be blocked off on May 12 for the first annual Community Mother’s Day Tea.
…. agreed to recertify Hazlehurst as a Georgia Municipal Association Certified City of Ethics.
…. declared the week of May 7-11 as Hazlehurst-Jeff Davis Clean-Up Week, with details to be announced at a later date.
…. recognized through proclamation the week of May 6-12 as Municipal Clerk’s Week and further recognized Lopez for her dedication in her role as city clerk.
…. approved department reports, water and sewer adjustments, and payment of bills through March 31.
…. agreed, in Stone’s words, “to take necessary action” to enforce the collection of delinquent fees for city business licenses and taxes through Williams and Smith and Bennett.
…. after lengthy discussions in the work session and regular meeting, approved Williams’s recommendation that officers with the Hazlehurst Police Department are mandated to wear body armor, a move that is necessary in order to apply for grants that will benefit the HPD. The council also approved Williams’s request to purchase ticket-writing software from Global Software and Courtware Solutions for use in HPD’s police cars.
…. in addition to the comments about the roundabouts in the Citizens’ Comments section of the meeting, Christopher Jones also addressed the Council about ongoing drainage issues on Edgewood Street, where he lives. Stone agreed that drainage problems exist, but he also said the issues have been recently addressed and that Jones should have no more water problems in his yard. And at Jones’s request, the City also agreed to install a streetlight on his street for safety reasons.